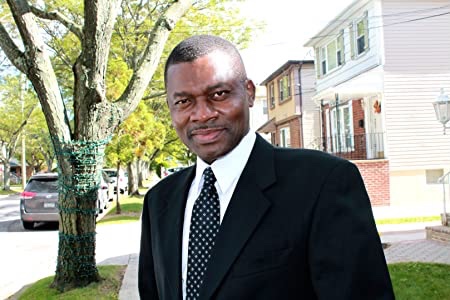 Almost ten years ago, I wrote the first part of this article ( https://njenjemedia.com/jesus-as-a-businessman-rudolf-ogoo-okonkwo/)

In it, I narrated my encounter with the introduction of Bruce Barton’s 1925 book titled, The Man Nobody Knows: A Discovery of the Real Jesus Christ.

In the book, Bruce Barton evaluated Jesus’ ministry on Earth using the eye of an advert executive and concluded that it followed the structures of modern businesses. The author pointed out how Jesus used today’s marketing tools and advertisement strategies to build a formidable business empire. One overlooked aspect of the piece was Barton’s assessment of Jesus’ ministry on how he picked his workers and how he appointed his successor.

Ten years later, as the leaders of the second generation of Pentecostal churches in Nigeria face inevitable retirement, how church leaders pick successors is now front and center in the backrooms of these churches. Sometimes, it spills out to the front office, as we recently saw in a schism in the Pastor Enoch Adeboye-led Redeemed Christian Church of God (RCCG).

In the piece, I also looked at the then outrageous utterances of Bishop David Oyedepo concerning how he independently built Covenant University and other investments allied to Living Faith Church Worldwide (aka Winners’ Chapel International) without using tithes, offerings, donations and money from members of his church. The piece also touched on Oyedepo’s bragging about not receiving any salary from the church since 1987 and his wife not receiving from him money for feeding since 1988. The man of God did not reveal how he was sustaining himself and his lifestyle. The piece showed how the whole operation of the Winners’ Chapel fitted in well with this new commodification of the ministry of Jesus.

After the publication, Nigerian readers’ reaction to the piece was quite predictable. They condemned it and condemned me and predicted that I was heading to instant hellfire and certain and sudden death. They regurgitated the standard lines of “ God cannot be mocked,” “do not judge,” “do not touch my anointed,” and “do not use the things of the world to judge spiritual things.” In fact, some even argued that churches are private businesses and people outside a church should not interrogate the activities of any church and its leaders.

As Easter approached, I reread the article. I wanted to know where things stood with the men and women involved in the business of Jesus. Instead of things getting better, I fear that they are getting worse.

Since the publication, we have seen the explosion of more and more establishments of these opaque organizations and churches like the Winners’ Chapel. There are now characters like Apostle Johnson Suleman who swims in and out of the most sordid scandals imaginable. He can be the subject of one week, one scandal novel. Some emerging churches have despicable leaders like Onyeozi Jesus operating out of Nkpor in Anambra State. There are entertainers like Prophet Chukwuemeka Ohanaemere, aka Odumeje or Indaboski Bahose, operating out of Onitsha. Apart from muddying up the waters, these characters found across Nigeria and Africa have a tremendous influence on the traditional churches that must compete with them to retain members. We have seen Catholic and Anglican churches and their leaderships picking up traits these merchants of Jesus have normalized. To compete with these charlatans, some Bishops in Catholic and Anglican churches across Nigeria have become original gangsters.

Ten years ago, when I wrote the original article, I did not know that Bishop Oyedepo had contracted Business Centrum Limited in London to help him set up a company in Jersey tax heaven to hide money for his wife and children. I did not know that Trident Trust Group, described as “one of the world’s leading secrecy enablers and one of the most notorious providers of offshore corporate and financial services,” was already working with Bishop Oyedepo. Trident set up Zadok Investments Limited for Oyedepo on August 20, 2007. The company started with 50,000 ordinary shares, each valued at $1.00. Zadok had Bishop David Oyedepo and his two sons, David Jr. and Isaac, as its directors. Other members of the family constituted the shareholders. David Jr. had 10% shares, Isaac another 10%. While David Jr. is a pastor at the church’s headquarters at Faith Tabernacle, Isaac heads a church in Maryland, USA. Love and Joy, the two daughters of Bishop Oyedepo, were also given 10% shares each. According to Premium Times, which looked at the documents as part of the global International Consortium of Investigative Journalists (ICIJ)-led Pandora Papers project, “the documents did not reveal the exact businesses and transactions the offshore company was set up to conduct. The entity however appears to be the family’s investments vehicle under which the family’s wealth is warehoused for offshore management.”

Last year, when the Pandora Papers’ story broke, we knew very little about how much money the Oyedepos stashed away in these offshore accounts and from where he got the money. Despite the embarrassment those involved in the Pandora Papers felt, Bishop David Oyedepo did not attempt to clear his name and his family’s name. He believed that it is one of those scandals, like his slapping of the young lady who said she was a witch for Jesus, and all the other controversies and questions about his ministries, that would breeze away and life would continue as usual. And to a large extent, it has fizzled out even though the damage it did to the ministry of Jesus will be evident in years to come.

Ten years ago, I was worried that the schools set up by churches were not owned by these churches but by leaders of these churches and their families. I was concerned that most church members who thought they contributed money to build these schools could not send their children to these schools. Things have changed so much that those issues have become ancient matters. What is important at this moment is that corrupt money from every sector of the Nigerian society gets funneled into these churches through tithes, offerings and donations. Without any question raised, children of the astonishingly corrupt members of our society send their kids to these expensive schools in a fantastic money-laundering scheme nobody notices. And while they do this, the children of the poor are aggregated inside collapsing strike-ridden public-school systems where they could spend as much as two extra years before graduating while their age mates at the private universities would have finished and taken up the very few desirable jobs available. In a generation, the gap between the rich and the poor would have widened so much that there would be little or no interactions between them. When the government finishes the Lekki airport, these “fantastically corrupt” lots would fly in through the Lekki airport and go straight into their mansions in Banana Island, while the rest of us would keep strangling each other in the old country where Jesus is the answer.

Ten years ago, when I wrote the original piece, Pastor Ayo Oritsejafor was still riding high with his full-throttle romance of President Goodluck Jonathan and Jonathanian politics. Most people did not see the dangers, even when the man of God was renting his private jet to security agents to use in transporting money into South Africa to purchase weapons for the government. Advocates of anything-goes–let-God-judge-his-apostles in Christendom all looked away. Where is Ayo Oritsejafor today? What happened to his business model? Is he still flying high with his private jet?

Defenders of the absurdity in Nigerian churches today are definitely scared of looking inwards and asking the very question they often tout: what would Jesus do? They should ask that pertinent question in all things. They are scared of looking at things Benson Idahosa left when he died in 1998. They are scared of remembering what fights followed after the man of God died and who owns the schools, the businesses and other investments left behind. It is the same story when Samuel Oshoffa, the founder of the Celestial Church of Christ died in 1985. If they dare to look, what they will see is worse than what will happen in ten years when the current crop of leaders, like the Oyedepos, the Kumuyis, the Adeboyes, the Okonkwos, Olukoyas, give way. When Benson Idahosa strode this world unchallenged and unaccountable to anyone, at least, vehicles to hide money in offshore tax heavens had not become common as they are today. When Benson Idahosa marketed prosperity preaching, greed was still simply greed. Now, it is obscene.

Ten years ago, I ended the piece by saying, “we have to get the politics of religion right if we are ever going to get the religion of politics right.” I argued that we are stakeholders of whatever group we belong to. And there is a responsibility that comes with being a stakeholder. It means that we have to hold those who manage the affairs of our institutions responsible. We cannot wash our hands like Pontius Pilate.

Our nonchalant attitude in politics, our churches, or our personal lives sets the stage for the inevitable scandals that ultimately cripple the same institutions to which we lend our names, fortune, and honor. We can cowardly escape the responsibilities associated with being a stakeholder, but we cannot escape the inevitable judgment associated with the failure of our institutions. Abandonment of our responsibilities is a form of abuse. And abuse that we fail to report comes back to haunt us and generations yet unborn.