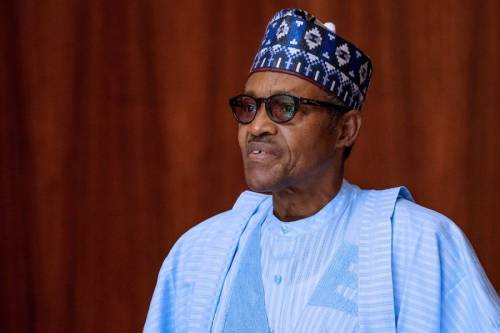 President Muhammadu Buhari is expected to travel to Ghana today (Saturday) after which he will meet with the ruling All Progressives Congress presidential aspirants on Sunday, NjenjeMediaNews reports.

Buhari, who has been junketing around the world lately amid the leadership crisis rocking the party, will believably seek to enforce his consensus candidate on the aspirants.

A top government official told PUNCH that the President would return to the country later in the day (Saturday).

Nevertheless, the President, who returned from Spain on Friday afternoon, is expected to meet with the aspirants on Saturday night or Sunday.

“The President is expected to travel to Ghana tomorrow (today). After that, he is expected to meet with the aspirants and thereafter reveal his preferred candidate for the party’s ticket,” the official said.

Buhari had met with the APC governors on Tuesday ahead of the party’s convention.

The president’s Special Adviser on Media and Publicity, Femi Adesina, made the outcome of the meeting known in a statement titled, ‘We must show positive qualities of APC at our convention, President Buhari charges governors’.

During the meeting held at State House, Abuja, Buhari had told the governors that decisions that would enable the party to retain power at the centre should be taken.

The meeting came amid speculations that the president may anoint an aspirant before the convention.

RELATED POSTS:  2023: We will not Accept Questionable Harvests of Votes – PDP

He had also charged the governors to ensure that the forthcoming convention to pick a presidential candidate reflects all the values and virtues of the party.