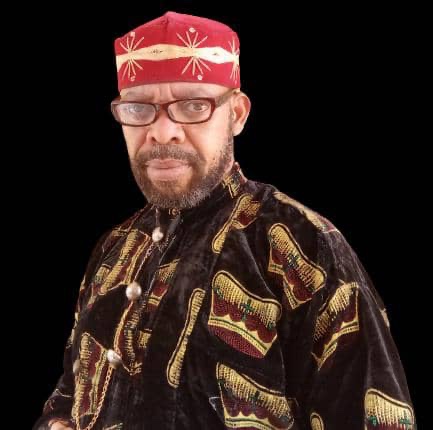 Kaduna Train Bomb Attack: Nigeria On The Verge Of Total Security Collapse Under A Retired General Who Won On The Basis Of Providing Security – PDP House Of Representatives Aspirant, Onwuka

In a statement by Nze Ugo-Akpe Onwuka (Oyi), who is also the National Chairman of NIGERIANS FOR EQUITY AND NATIONAL INTEGRATION NIFEANI, lamented the unfortunate state of helplessness displayed by the security agencies in the face of consistent and sustained violent attacks across the country by terrorists.

The statement also went further to state that it has become glaring that the government of the President, Major General Muhammadu Buhari (retd.), and his service Chiefs have failed woefully to tackle insecurity and protect the lives and properties of Nigerians.

The statement reads, “it has become a daily ritual in Nigeria to reel out high figures of Nigerians that have been abducted or murdered, without any meaningful response from the General Mohammed Buhari led APC government.”

“It is sad that after the President and the APC made so much noise about making the country safer than it was under the Goodluck Jonathan led People’s Democratic Party PDP, we have degenerated to a dangerous low.”

“The attack on the Abuja-Kaduna rail is has once again exposed the security strategies of the current government led by a retired General as inefficient and fit to be relieved of their jobs.”

“The increasing frequency and severity of the terrorist attacks that are recorded in recent times, has proven that Nigerians have been taken for a ride by those who neither cares for the citizens nor equipped to take any meaningful action to stem the tide of violence raging across the country.”

“Suffice it to state that the APC led government which could be aptly described as a locust regime has not shown any seriousness in combating these terrorists, who have been elevated to celebrities.”

“Terrorists are visited in camps and cash offers made to them openly to the shock of sane minds and with fully armed security operatives guarding such events in full array of media cameras.”

“This ugly situation is a clear indication of a leadership slump that the National Assembly has wittingly or unwittingly allowed to fester. In a proactive legislative setting, the National Assembly would have put it’s feet down to impress upon the President his responsibilities to protect the lives and properties of citizens, and be shown the red card if such lapses continues as we are witnessing today.”

“This is why it is very important to ensure that those who end up at the Green and Red Chambers are people who have the interest of the citizens at heart and not people who want to add another tag to their names while feasting large on the people’s commonwealth.”

“Therefore, I am appealing to individuals and groups to stand firm and demand that the right things are done and those responsible for these lapses that cuts down our youths and our best in their prime be dealt with accordingly.”

“Finally, it would be a very great relief to see the legislature rise and speak truth to the executive to be alive to their responsibility of protecting the citizens.”

The aspirant who is working vigorously to secure the ticket of the People’s Democratic Party PDP to represent Oyi/Ayamelum Federal Constituency is a major advocate for the restructuring of Nigeria and a Social Activist.