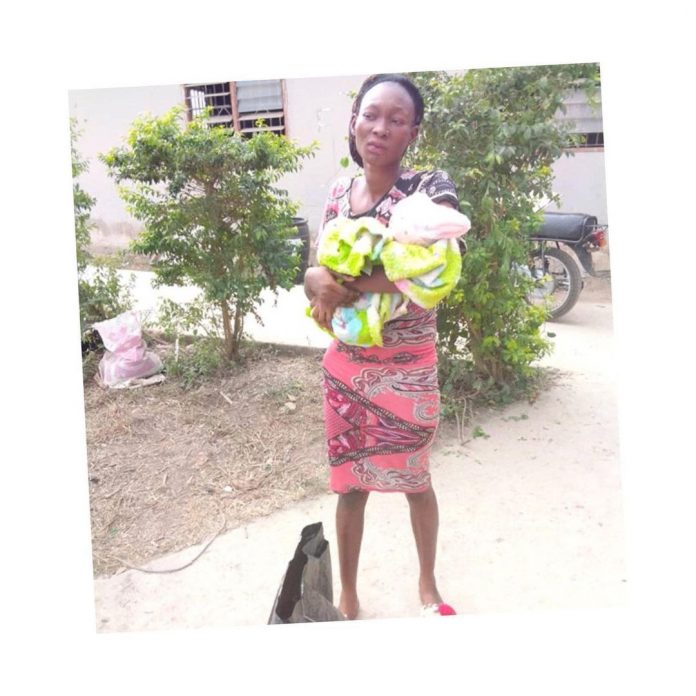 22-year-old Seun Oladayo, has revealed how she sold her newly born baby for N10,000, after she couldn’t succeed in killing her, Njenje Media News reports.

Reports say Oladayo had severed the umbilical cord of the baby after delivery with the intention of killing her.

When the little child survived it, she sold it to a Pastor, identified as Olawale who reported the incident to the Amotekun Corps.

Oladayo said she took the action after she realized that she would not be able to take care of the baby.
She explained that the father of the baby had abandoned her since the day she informed him of the pregnancy.

“I did it because I don’t know how I am going to take care of the baby. So I told the pastor to take the baby away and bring N10,000.”

“I already have one child with me that I have been taking care of before I was pregnant again for Tope,” she said.

The Pastor she sold the child to on his part disclosed that he suspected that the baby’s birth must have been induced as they were indications that it was not yet time for the delivery.

“The woman’s brother, Yinka, told me to bring N10,000, so that they can give the doctor N5, 000 for his job and I did because if I did not, another person would come and buy the baby.”

“The baby was given to me in a sack with the placenta and I went to Amotekun’s office to explain what happened and the woman was arrested, and she was handed over to the Police at Area Commander, Yaba in Ondo,” he added.