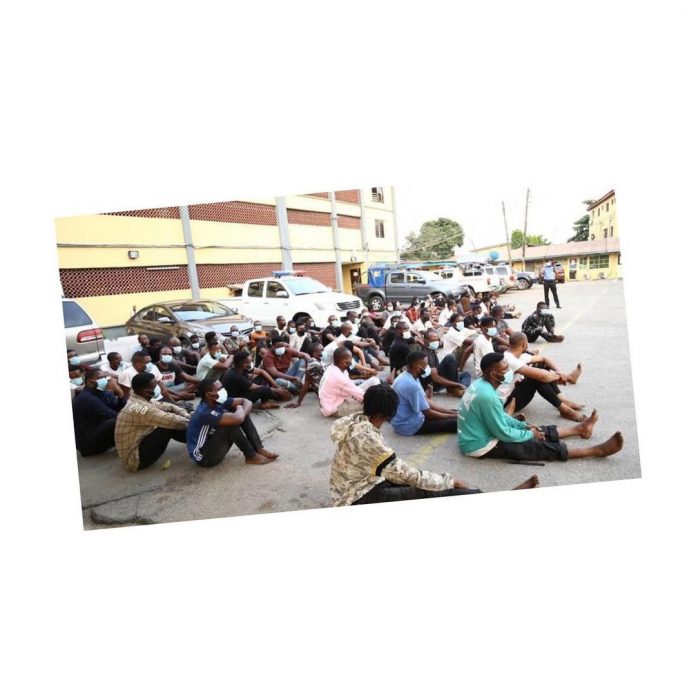 He said the suspects were apprehended after the police raided two night clubs in Lekki and Surulere areas of the state at about 3am on Sunday, 3rd January, 2020. He added that 13 vehicles were impounded in the process.