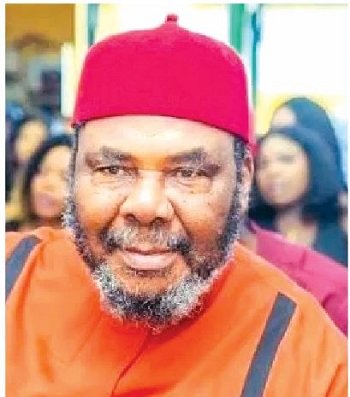 According to the Nation, This first edition of the film festival started with an opening ceremony hosted by radio presenter and actor, Lorenzo Menakaya.

Njenje Media News can report that the highlight of the opening ceremony was the breaking of kolanut performed by the veteran actor and broadcaster, Chief Pete Edochie, MON.

The founders and directors of ENIFF, Ujuaku Akukwe-Nwakalor and Chris Odili, posited that 3101 films were submitted from 131 countries for this maiden edition. 40 films from 22 countries screened this year including the American Oscar Award winning film, “Skin”, the South African documentary “A New Country” which was the opening film and Mexican masterpiece “ANYA”, which was the closing film.

Abdulrasheed Bawa Has No Corruption Record

Promoters Of Dialogue With Bandits Should Be Investigated – APC Chieftain,...

End SARS: I want to lead protest in London – Ex-BBNaija...