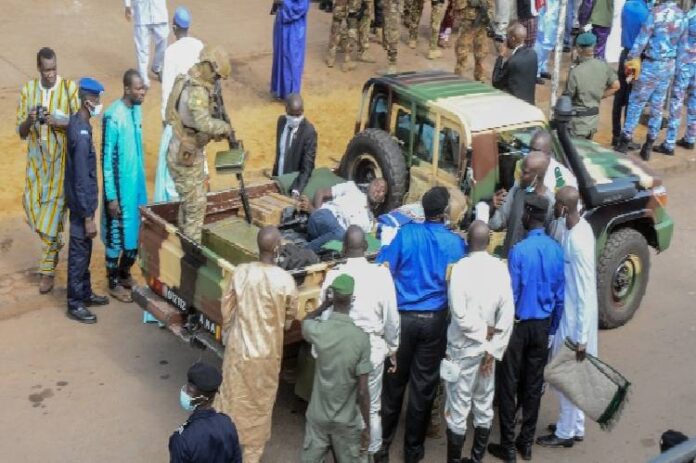 According to an official statement, the man’s health deteriorated during the investigation and he died in hospital.

Two men were reportedly apprehended in connection with the assassination attempt.

An autopsy was performed on the deceased man, and the results of that as well as the investigation into the attempted assassination of Goita would be made public, the statement added.

In a video report of the attack, which went viral, a young man armed with a knife lounged towards Goita, who was wrapped in a blue robe and seated among worshippers during the Muslim Eid Festival.

Goita, 38, led the military coup of August 2020 that toppled the government of elected President Ibrahim Boubacar Keita. He was named vice President of a subsequent transition government, which he then ousted in a second coup, before effectively assuming the interim presidency himself.

That move prompted Mali’s suspension by the regional bloc ECOWAS and the African Union, followed by the suspension of military cooperation and assistance by France and the U.S.

However, Goita has expressed his support for a political transition plan that includes elections in February 2022 and the handover of power to a civilian government in Mali, which has been plagued by insecurity due to terrorism, separatist, and Jihadist insurgencies since 2012.