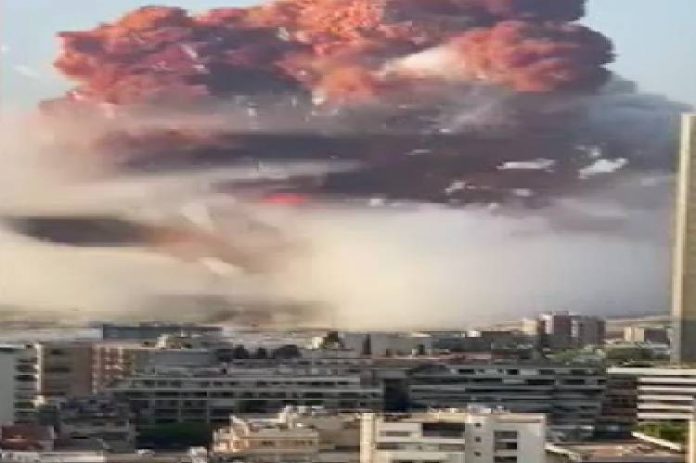 
At least ten persons have reportedly been killed and hundreds wounded in a huge blast that ripped through Lebanon’s capital, Beirut on Tuesday.

The massive explosion at the port area of the city released a shockwave which caused widespread damage to buildings, shattering windows.

A possible second explosion was reported to be at the Hariri residence in the city.

The cause of the blast is still unknown.

It comes ahead of the verdict in a trial for the killing of former Prime Minister, Rafik Hariri, in 2005.

The latest reports come amid political tension in Lebanon, with street demonstrations against the government’s handling the worst economic crisis since the 1975-1990 civil war.

Reports say hospitals are overwhelmed with the wounded and are calling on people to donate blood.