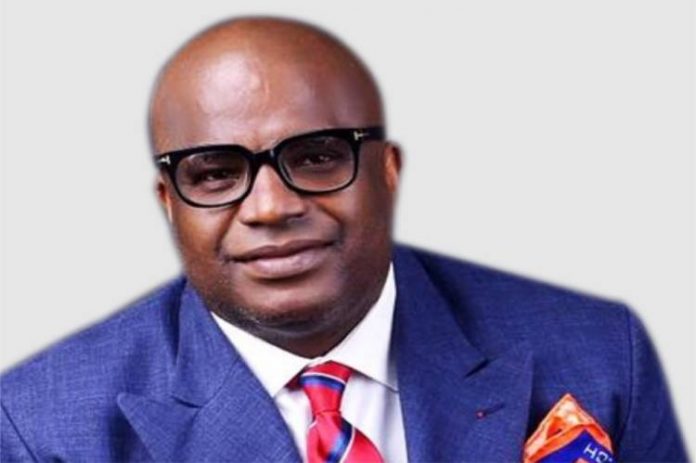 The deceased founded Protection Plus Security Limited. He was popularly and fondly called the ‘Troublemaker’.

The father of four and president of the Ubong King Foundation will be fondly remembered for his favourite quote while speaking during business coaching sessions; “the only way to get out of trouble is to enter trouble.”

He was a former chairman of The American Society of Industrial Security (ASIS) International Chapter 206, Lagos.

Ubong King facilitated and spoke at several leadership and management conferences within and outside the country.

He began his career as a volunteer guard in the protocol department of the church he was attending at the time.

King also worked as a consultant in a piggery, before venturing into the security industry. .

Ubong was also the convener of ‘ThinknationXX’, an annual event that gathered people across Nigeria and Africa to help them develop a mental shift for business growth.

Several Nigerians have taken to social media to express their agony towards the demise of Ubong King.

A Nigerian writer, Kehinde Giwa, with the Twitter handle @Giwason09, in a statement on Sunday, described king as a profound leader.

He tweeted; “Grieved to hear about the passing of Ubong King yesterday. Having followed him for almost ten years, he was an immense inspiration. I attended some of his conferences and put to heart some of his principles about life. He was a profound leader, and his impact won’t be forgotten.”

He also paid him a tribute on his Facebook page on Sunday morning;

Ubong King was a dynamic visionary who shifted my mentality in the school of leadership. Amongst other things, be instilled the spirit of courage, persistence, and determination in me.