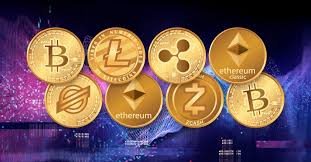 The Industrial Revolution swept through England in the 19th Century like a wildfire. It changed the world greatly and was one of the reasons why the sinister slave trade was outlawed as the industries in the United Kingdom needed a robust and thriving market in Africa to sell their goods to.

History repeats itself because man in his usual frailty learns the stories but never the salient lessons. The Central Bank of Nigeria behaved like the modern day Luddites with the banning of crypto currencies on February 5, 2021. Their reasons were that it was used to finance terrorism and it is largely unregulated.

The reasons given by the CBN are largely asinine and don’t reflect a regulatory authority who is in tune with the digital banking realities of the 21st century. Ever since crypto currencies commenced in 2009 by an allegedly by an anonymous Japanese trader it has passed through the fire to become a globally accepted means of exchange today. There were initial skepticisms as a result of its unregulated nature. Wall Street and many American banks warned the American public of the risks inherent in dealing with it. The world’s wealthiest investor, Warren Buffett aired his views on its high risks as well as its unregulated nature. There were also concerns as to its volatility as it rises and falls faster than the speed of light.

However the narrative is now changing as many of the world’s global banks like JP Morgan, Goldman Sachs etc now have crypto currency desks. Many banks in the United Kingdom and Europe have followed suit with the Central Banks in those countries becoming compliant in its risks management. They have not out rightly banned it as that will amount to the futile attempt of killing a fly with the sledge hammer. Many people especially the younger generation are heavily involved in its trading and usage. In a world that is rapidly changing no thanks to the disruptive effects of technology, banning it will be extremely anachronistic.

There is massive youth unemployment in Nigeria as the National Bureau of Statistics puts it at over 21%. Many youths here have taken their economic destiny into their hands by trading in it and using it to bring home the bacon. The ill thought out policy has only compounded their financial woes. Why are the economic policies of President Muhammadu Buhari so anti-people? We recall the ban on treasury bills to individuals which was a steady source of revenue for many economically strangulated Nigerian youths.

A major reason that stands out is that of the financing of terrorism but the truth of the matter is that terrorism financing or money laundering can still be done through the regular banking system without the use of crypto currencies. When the Tamil Tigers ravaged Singapore for about twenty-five years before their eventual defeat, were they crypto currencies? When the Al Qaeda Terrorist Network allegedly attacked the Twin Towers of the World Trade Centre on September 11, 2001, were they crypto currencies? When terrorists bombed the London Underground on July 7, 2005, were there crypto currencies? It is tragic that our regulatory officials are digitally lazy and want to be left behind like the Luddites in the days of yore.

Nigeria has the second largest volume of crypto currency trading in the world put at about $500 million. What message is this ban sending to foreign investors? Why do we keep having economic policy inconsistencies? At a time when youth unemployment, insecurity, poverty with our recent naming as the poverty capital of the world, what we need are public policies that will greatly stimulate the ailing economy and not further strangulate it. What the so called ‘Giant of Africa’ needs are jobs, jobs and more jobs and the enabling environment for the private sector to come in as well as for foreign direct investment must be created. However this archaic policy does the exact opposite of what this economy so badly needs.

Fintech as well as online payment solution companies like Paypal have began to accept crypto currencies as a medium of payment. It would have been only a matter of time for the local ones like Paystack, Fluterwave etc to follow suit. You can imagine the financial exclusion to the tune of hundreds of millions of dollars by this recent CBN policy! Many foreign investors especially the portfolio investors would have been more comfortable with the use of crypto currencies as it will better aid the movement of their investments to their home countries. There would have been no harm for the Central Bank to have set up a department for crypto currency regulation to minimize the risks inherent with it. Risk management is part and parcel of any business in any part of the globe and it has assumed the status of a fully fledged profession especially in the financial sector. The intellectual sloth of the CBN is highly unacceptable in the 21st century and is rather unfortunate that while the rest of the world is rapidly moving forward, we are stuck in the Stone Age like cave men. Talk about the curse of leadership that permeates virtually all walks of life in the country.

The End SARS Protest held in October last year united all Nigerians which saw the youths rise above the primordial sentiments of tribalism as they were united for a common noble cause. One reason for the success of the movement was the use of crypto currencies in the disbursement of funds. It is clear that this move is aimed at crippling the second wave of the protests billed for February 13, 2021 as the government is afraid of its growing unpopularity.

When former United States President and arguably Uncle Sam’s most charismatic had the American soldiers stationed in Cuba defeated by the forces of the then Cuban strongman, Fidel Castro, he immediately apologized to all Americans and the nation forgave him and overlooked the altruistic slip. It is not too late for the CBN Governor, Godwin Emefiele to immediately apologize to Nigerians especially the economically hapless youths for this clear economic policy faux pas and rescind it. Anything short of this will be an act of economic sabotage aimed at keeping the youths in the vicious cycle of poverty.

Over to you Godwin Emefiele!