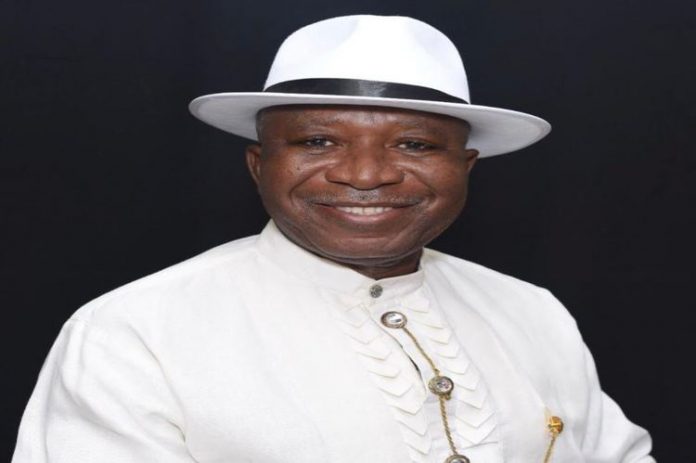 He was posted to the elite Nigerian Army Armored Corps on commission as a Second Lieutenant effective Jan 03, 1977. He is a seasoned professional who held command, diplomatic, staff and teaching appointments. He was decorated with ECOMOG, OAU and UN Peacekeeping medals. His conflict resolution credentials were honed and tested during his numerous field engagements and policy advisory roles at both local and international levels. His flair for languages enables him to communicate effectively in whatever environment he is deployed.

He voluntarily retired in the rank of Colonel in July 2004 and was noted for his high standard of discipline, excellence and integrity. Some of the courses and workshops that positively impacted his career were: French Language Course, Center For Foreign Languages, University of Benin Cotonou, Benin Republic Jul 04-Sep 05,1980; Tank Company Commanders Course, International Military School, Simferopol USSR Dec 01,1989-Apr 26,1990 and the Senior Division Staff Course, Command and Staff College, Jaji-Kaduna Aug 1993–Jul 1994.

He commanded the Nigerian Contingent of Military and Police UN Observers in Angola. As Commanding Officer NIBATT 37 ECOMOG, Sierra Leone he was responsible for securing the major land approaches into Freetown, the Child Soldiers rehabilitation Camp in Orogu and Disarmament Camp in Newton. He successfully carried out the special mission to dislodge Sam Bockerie, a notorious Revolutionary United Front Rebel considered inimical to the success of the Sierra Leone peace process without casualties.

In order to stop cross border rebel activities that had the potential to drag Guinea and Liberia into war, he led an Advance team in Nov 2000 that conducted an extensive reconnaissance mission throughout the length of the Guinea-Liberia borders in his capacity as the Military Adviser/Principal Programme Officer Peacekeeping at ECOWAS Executive Commission.

He subsequently presented the report at the Meeting of the Foreign Ministers of the Mediation and Security Council and The Summit of Heads of State and Government in Bamako Mali in Dec 2000 which was highly commended. Dixon developed the Concepts and Structures of ECOWAS Standby Forces, the military component of ECOWAS Mechanism on Conflict Prevention, Management, Resolution, Peacekeeping and Security which was adopted by the African Union as the model for other Sub-Regional Organizations in Africa.

He was the Point Officer – Design Team, ECOWAS Early Warning System in collaboration with EUCOM. Dixon also played a prominent role in negotiations with insurgents in Cote d’Ivoire, Liberia and Sierra Leone which set the stage for the signing of peace accords in those countries. He was a member of the first ECOWAS Mediation and Security Council Verification of Government of Liberia compliance with UN Security Council Resolution 1343(2001) Apr 19-24,2001.

He was an accredited member of ECOWAS team in the International Observers Group that monitored the Mar 09-11,2003 Zimbabwe Presidential Election. ACSS also appointed Dixon as a Senior Rapporteur for the West African Ministerial Symposium it conducted in Dakar Senegal July 22-23,2003 and was lead presenter at the AU-ECOWAS-G8 Countries Clearing House Meeting on Peacekeeping in Africa at the State Department Washington DC October 07-08, 2004.

As CEO Consul Consultants Limited, he was at various times the Security Consultant to the Federal Inland Revenue Service and ECOWAS Executive Commission. The Center for Development and Democracy contracted him to produce the documents and organize workshops aimed at operationalizing ECOWAS Mechanism on Peace and Security. He is currently, a Real Estate Investor at 3 Strands Group LLC and Security Consult at Madiba Inc LLC in USA. He is married, proactive, reads autobiographies and history.

35-Year Old Mother Of Four Trafficked To Egypt By Her Elder...