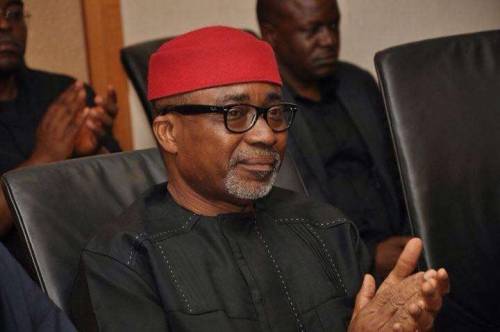 The announcement was made by the Senate President, Ahmad Lawan while reading their resignation letters at the resumption of plenary on Tuesday.

The two principal officers resigned following their defection from the party platforms on which they were elected as senators.

“Senator Enyinnaya Abaribe decamped from the PDP to APGA. He also has resigned his position as Minority Leader of this chamber,” Lawan said.

Also, Senator Yahaya Abdullahi, in his resignation letter, said he left APC due to a lack of internal democracy in the party.

“Politics is local. I can’t continue to work for the government at the centre while my people are wallowing in abject poverty.

“After failing to get justice in APC, I have moved to the PDP,” Senator Abdullahi said.

The letter of Senator Adamu Aliero (Kebbi), announcing his defection from APC to PDP, was also read on the floor of the Senate.

However, Senate Chief Whip, Orji Uzor Kalu, had recently clarified how the Senate would fill the vacant Majority and Minority Leaders’ posts following the defection of the two senators.

Kalu, in a statement issued in Abuja, said the posts would be filled soonest, adding that the respective party caucuses were expected to nominate replacements and convey their choices to the Senate President who would then announce the appointments.