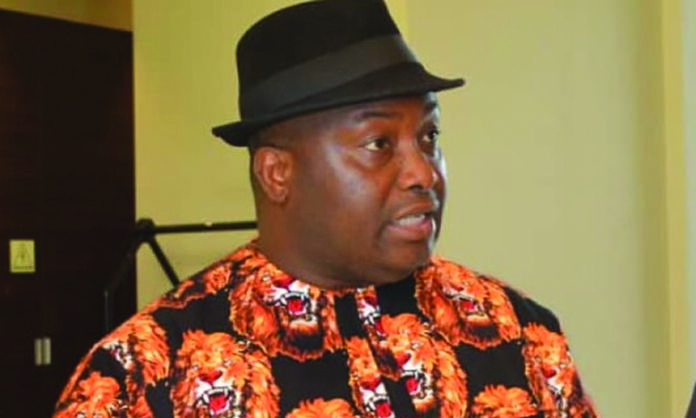 The event which took place on Saturday at the club site witnessed the attendance of prominent personalities of the club in fullness and other classes of members.

Some members of the club interviewed during the event, described the golden jubilee anniversary as one of the best and articulated events of the club with Dr Augustine Uzodike as the Chairman of the 10-man organizing committee and Comrade Charles Nwoye, the Secretary. Dr Uzodike is also the Vice President of the club.

In his remarks, President of the club, Mr Ezekaka Ifeanyi said the event was unequivocally a very important day in the annals of the club, a day set aside, according to him, to take stock of club’s activities and also take far-reaching decisions for the overall good of the club.

“You will agree with me that the 50 years (golden years) is always a remarkable year in the life of a being and as such Nnewi Sports Club is not left out in the euphoria of celebrations that characterize the attendance of the magic year.

“Within this period, Nnewi Sports Club did pass through the good, the bad and the ugly situations characteristics of human establishments. These situations actually galvanized the club into a much stronger and United entity which explains the cohesion and rapid development the club has witnessed, ” the President said.

He noted that year 2022 had not been easy for all and sundry, citing persistent stay-at-homes in the South East of Nigeria as the cause.

The club’s leader said that the high rate of insecurity in the zone had adversely affected the socio-economic activities of the Igbo.

He, however, expressed optimism that by God’s grace the situation which he described as worrisome would improve for members to indulge freely in their club’s functions.

The President acknowledged and appreciated the club’s management committee, other members and the club’s benefactors who he said had donated their time and money to assist in the development of the club.

He said his administration elected for a second term of two years on November 3, 2021 had within the short period been able to sustain peace and harmony within the club which he attributed to the foundation his predecessor laid.

He urged his members to continue on the path of peace and harmony.

Other achievements of his administration, the President said, were acquisition and fencing of land; construction of court house and prosecution of 2021/2022 ENIC Tournament.

He said that over the years, Nnewi Sports Club had been in dare need of a club house which he explained led to appeals to members.

“But Senator (Dr) Ifeanyi Ubah took the challenge and is single-handedly constructing a gigantic building to serve as club house. The building is almost complted, ” said the club President.

He also mentioned Sir Louis Carter Onwugbenu, among others as having contributed immensely towards the development of the club.

The President named projects in view to include procurement of a new 100KVA power generating set for the club at N15 million; provision of adequate lightening system for the club’s four courts at N5 million; construction of Olympic standard swimming pool at N20 million; club guest house, N50 million and completion of judiciary court Hall at N20 million.

The event featured awards in the categories of patron; golden jubilee and celebrity, President’s nite and breaking of the anniversary cake.