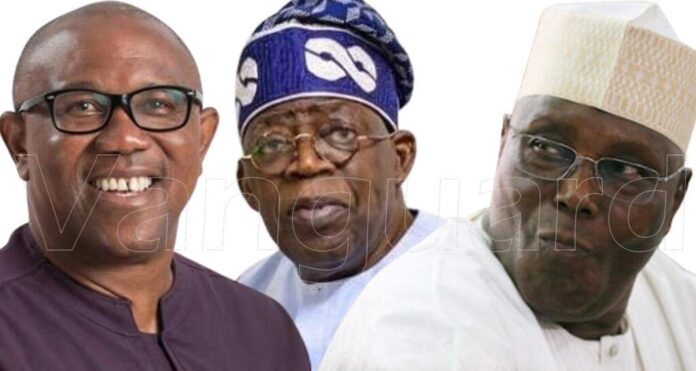 Olatunji Ambali, National President of NULGE, said this at the union’s headquarters in Abuja on Thursday, during a briefing.

He also said that only Kogi and Abia states had passed the Local Government Autonomy Bill, out of the 36 states.

Ambali, therefore, urged the three prominent presidential flag bearers from All Progressives Congress, Peoples Democratic Party and Labour Party, to come out with a plan on how to achieve local government autonomy.

He said: “On that background, NULGE wants to call on the prominent political candidates, Asiwaju Ahmed Bola Tinubu of APC, Atiku Abubakar of PDP, and Peter Obi of Labour party to come out categorically and clearly, to let Nigerians know their mindset and plan on local government autonomy.

“They must come out. What do they intend to do? Any candidate that failed to state categorically his stand on local government autonomy should not be voted for by Nigerian people.

“NULGE would go out to mobilise against such candidate.

“Apart Kogi and Abia states that have passed autonomy bill, we want to call on the remaining 34 states assembly to see it as a patriotic duty the quick passage of Local Government Autonomy Bill

“Nigeria should not be allowed to disintegrate completely. The threat of insecurity, joblessness, youth restiveness, banditry, terrorism, and poverty that is confronting Nigerian masses, need to be controlled.

“The way to fix this is by granting absolute autonomy to local government system.”