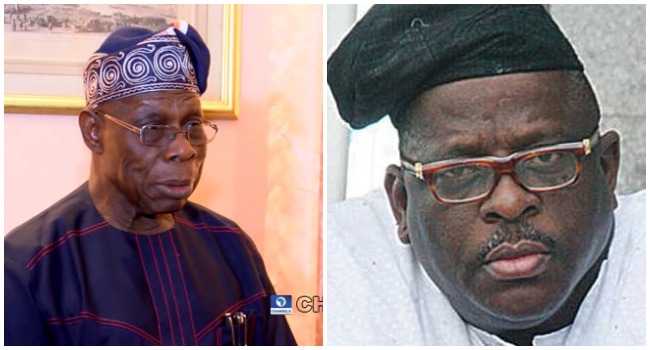 The former Nigerian President chief Olusegun Obasanjo mock late sen. Kuruji Kashamu in death. Typical of Obasanjo whom many believes he doesn’t forgive, he wrote a letter to the state government to condole the on the death of the late senator.

Nigeria’s former president, Olusegun Obasanjo, in his condolence letter for Buruji Kashamu which he addressed to the Ogun State governor, Dapo Abiodun said although “Senator Esho Jinadu (Buruji Kashamu) in his lifetime used the manoeuvre of law and politics to escape from facing justice” but not the cold hand of death.

The late senator Kashamu during his lifetime was a critic of Obasanjo ever since Obasanjo wrote his book “My Watch” that the former was wanted for drug pushing in America. Though Kashamu denied it, he never visited the United States of America.

Nigerians were divided on the by Obasanjo’s letter on Twitter.

Twitter users described the former President Olusegun Obasanjo as indeed a bitter and distasteful human being. whose condolence letter to Governor Dapo Abiodun regarding the death of Senator Buruji Kashamu says a lot about who Obasanjo is.

Cheta Nwaze stated that “many reactions to Buruji Kashamu’s demise and Obasanjo’s letter (I’ll wait and see if he doesn’t disown it) say a lot about #Nigeria‘s relationship with the truth. Kashamu wasn’t a good actor, and he was wanted abroad. That he has chosen to kick a bucket doesn’t change that”.