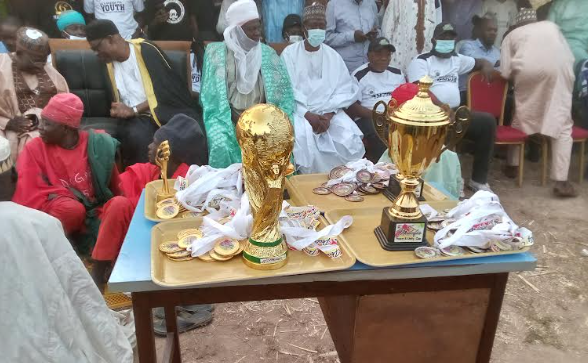 Obi United has been crowned champions of 6th edition of the Yakubu Mailafia Peace & Unity Football competition in Nasarawa State against all odds.

Obi United FC won the trophy with the sum of N600, 000 after beating Thunder FC 4-3 on penalties after regulation time stood at 0-0.

Runners’ up, Thunder FC smiled home with N400, 000, while the winner of the third place match, Giant Killers FC, beat the defending champion, Greater Tomorrow to pocket the N300, 000.

In an interview, the founder of the competition, CSP Yakubu Mailafia stressed that the aim of the competition is to promote peace and unity in the state, adding that plans are ongoing to improve the tournament and get better sponsors.

“I can assure you, it is just getting better, this is the 6th edition with an improved number of teams, 32, cut across Nasarawa south constituency. The aim is becoming a reality as one of our players was called up for the under 20 team and two are already on their way abroad courtesy of the foundation.”