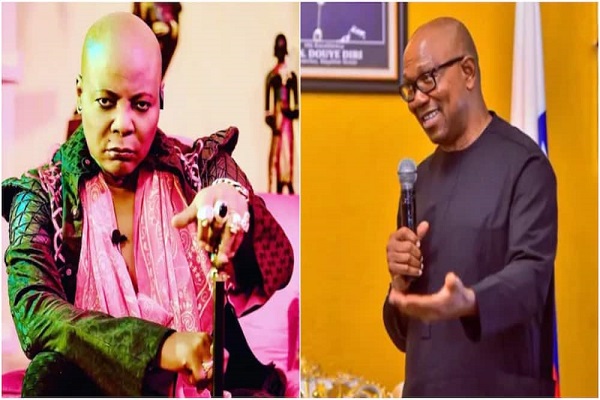 Obi, who dumped the Peoples Democratic Party (PDP) for Labour Party (LP), on whose platform he would contest the 2023 presidency, has attracted a large followership on social media that voraciously displays support for his candidature.

Seeing the play of events by the Labour Party’s presidential candidate supporters, the 72-year-old entertainer argued Obi’s presence has activated something unusual in the political history of Nigeria.

Area Fada’s assertion was prompted following a Whatsapp chat between two individuals with one wanting to borrow N5,000 from another who told him he had to present his PVC to be eligible for the loan.

Sharing a snapshot of the chat, Charly Boy said whether Obi wins or loses out in the election, there are tell-signs of a ‘bloodless coup.’

He tweeted: “I am smelling a “bloodless coup” in the making by ordinary Nigerians to retrieve their stolen future. Peter Obi may or may not become our President at the end of the day, but his presence has activated something unusual in our history and ordinary Nigerians. Wetin u think?”