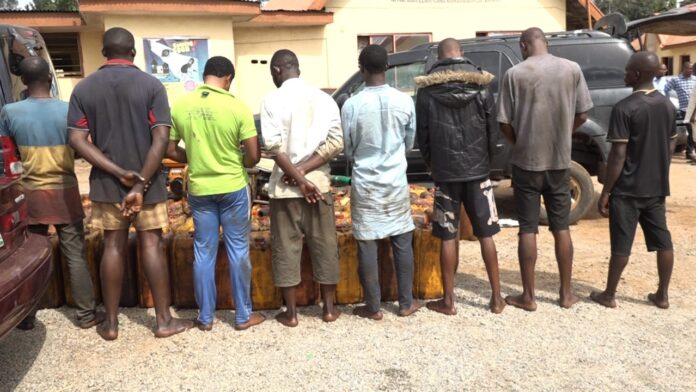 Operatives of the Nigeria Security and Civil Defence Corps, NSCDC in Ondo State have apprehended eight suspects over oil pipeline vandalism, bunkering, and operation of storage tanks in Olowo community of Odigbo Local Government Area of the state. The suspects were arrested at the scene while loading adulterated diesel and storing the product.

Spokesperson of the command, Daniel Aidamenbor, who paraded the suspects before journalists in Akure, said some compartments were also discovered at the scene.

The command said it will not relent in its efforts to rid the state of vandals.

Several kegs of diesel loaded in a vehicle were seized from the crime scene.