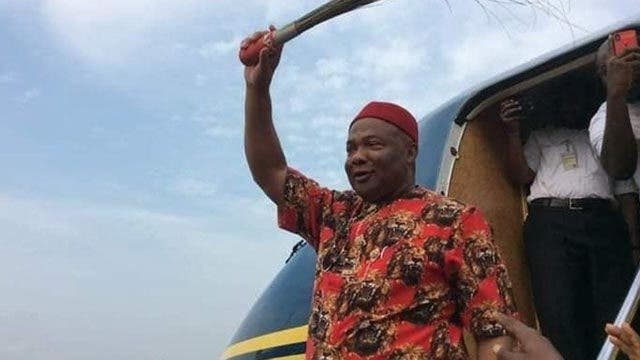 The governor of Imo State, Senator Hope Uzodimma has revealed he is not owing salaries of workers in the state but claimed those complaining of unpaid salaries are either ghost workers or fraudsters, Njenje  Media News reports.

The governor made this known when speaking to reporters as part of activities marking his first year anniversary in the state.

“This government has paid every genuine worker; those complaining of non-payment are either ghost workers or fraudsters. I am challenging anybody who has not received his or her salaries to come to Government House with his employment details and we will pay him or her immediately,” he said.