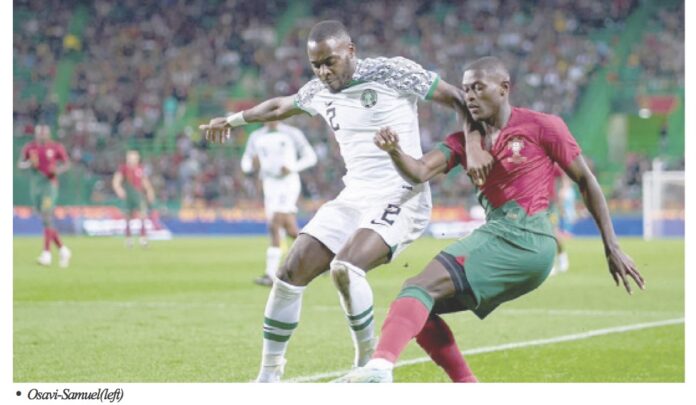 New Super Eagles right back, Bright Osayi-Samuel has made some startling revelations regarding his decision to play international football for Nigeria, Njenje Media News reports.

Born in Okija to Nigerian parents 24 years ago, Osayi-Samuel emigrated to England when he was barely ten.

The full back has since developed into one of the most accomplished defenders in the Turkish league.

Osayi-Samuel received his first international call-up on Thursday, November 17 to make his full debut for the Super Eagles in the 4-0 defeat to Portugal in a friendly.

The Fenerbahce defender was Nigeria’s best player on the night, even winning a penalty that Emmanuel Dennis missed.

And in an interview with the Independent (as per Fotospor), Osayi-Samuel revealed he was so desperate to play international football and would have played for England or Turkey if Nigeria had not come calling.

“I have never played in the lower age categories in England. I have not played in Nigeria, either. I went on the field for the first time at the age of 24. I even thought of playing for Turkey.”

The post Osavi-Samuel: I almost dumped Nigeria for Turkey appeared first on The Sun Nigeria.