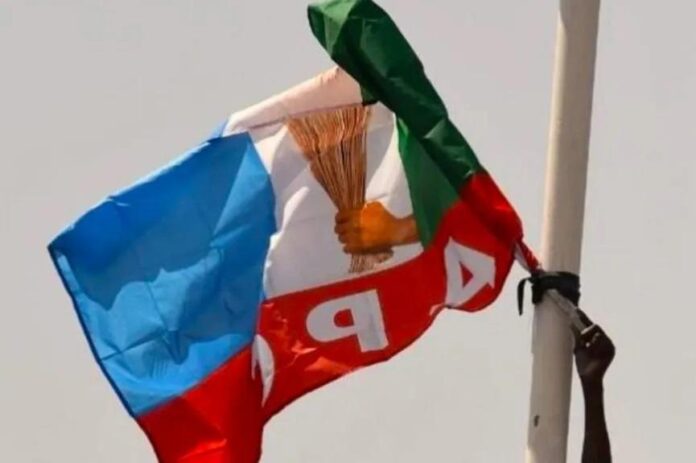 BENIN CITY – A former Commissioner under the administration of Comrade Adams Oshiomhole as governor of Edo State and a close ally and from the same Ward, Mr Lucky James has resigned from the All Progressives Congress (APC).

A letter addressed to the Ward 10 Chairman of APC in Etsako West local government area dated August 4, 2022 and made available to journalists late Friday reads “I write this correspondence from a place of deep and wide thought, resolve and consultations on different strata. Having considered all my harmless and laboured expectations, experiences, sacrifices, contributions and the ironically resultant outcome from Action Congress, Action Congress of Nigeria now All Progressive Congress over the years, I, Chlef Lucky James, wish to tender my resignation as a member of APC.

“By this resignation, I completely disassociate myself from anything in relation to the party, whether in insignia, paraphernalia or association.

“However, this decision was inevitably reached going by a number of unhealthy factors which have dogged the party for years, especially as they affect me personally and my teeming supporters unjustly.

“Recall, I have been a committed and full fledged stakeholder of the party Since its inception, I am using this medium to also thank the party far giving me the opportunity to serve in various capacities,

“To my supporters across the state, they should please bear this hardcore decision, as it is better to be where you are valued and hopeful,  plead with you to remain law abiding.

“Time spent in the party has made me to see that the party and I are at variance of the meaning of justice and fairness. What the party stands for diametrically opposes my belief in justice, fairness, equity and reward for dedication and sacrifice.”

Though he was silent on his next move, Vanguard reliably gathered that he would be heading to the Peoples Democratic Party.