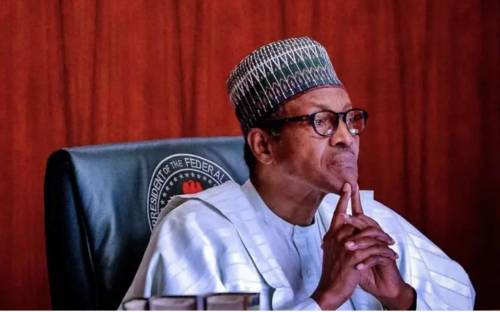 Tuesday, 31st August 2021: For the second time in two years or since 2020, the persons of the trios of Mallam Garba Shehu, an intolerant member of the respected Muslim faith, Alhaji Lai Mohammed, another intolerant member of the respected Muslim faith and Femi Adesina, a member of Christian faith but strongly suspected jihad enabler, have come out in indefensible defense of the egregious, grisly, genocidal and state conspiratorial and protected attacks on innocent and defenseless Christians and their centers of worship and learning across Nigeria by Islamic jihadists and their ‘esprit de jihad’ in the Nigerian security forces especially in the Christian held areas of North-Central, Northeast and Southern Kaduna since 2009 and some parts of Southeast, South-south and Southwest since 2016. The trios of the country’s Presidential officials also despicably and condemnably labeled the international defense of same as “IPOB sponsored” or their international defenders as “int’l IPOB lobbyists”.

Mallam Garba Shehu had in his latest statement, also credited to the person of ‘President Muhammad Buhari’, described ‘IPOB’ as “not fighting for Christians in the Southeast” and labeled international voices against persecution of Christians across Nigeria as “international IPOB Lobbyists”. His comment on Sunday, 30th August 2021 was about seven days after Minister Lai Mohammed issued a statement claiming that “his recent foreign trip on international media engagement was useful” and that he used same to “debunk fake news on persecution of Christians in Nigeria”. Minister Lai Mohammed’s statement also coincided with killing of over 60 Christians by Jihadist Fulani Herdsmen and Jihadist Fulani Bandits in Plateau, Benue and Kaduna States. In one of their Kaduna attacks, the Nigerian Defense Academy was targeted, leading to killing scores of Christian military officers. Till date the Nigerian Government has neither sacked any senior military officer including the Commandant of the Academy nor apprehended any of the jihadist Fulani culprits. It must be recalled that Mallam Garba Shehu had sometime in 2020 fabricated and falsely alleged that “the groups and persons behind international voices and concerns on persecution of Christians in Nigeria are internationally sponsored by IPOB” and as internationally published by the US based Christian Post, several international groups and persons concerned reacted angrily and strongly condemned the Nigerian Government. As if that was not enough, Mallam Garba Shehu on Sunday, 30th August 2021 resorted to same blackmails and lies as he did in 2020.

Consequently, the referenced unguarded utterances of Mallam Garba Shehu and Minister Lai Mohammed are clear indication that ‘Jihad enablers in Aso Rock are shivering and panicking’. This is on account of their failed lies, blackmails and fabrications that have refused to fly at international borders or scenes. The Nigerian Government must also have been rattled by the fact ‘its international lies and fabrications have failed woefully at diplomatic circles and international scenes despite huge amount of borrowed resources committed towards promoting and sustaining. Such huge waste of public funds has been the case in key international parliaments, intergovernmental, justice and diplomatic quarters and political corridors of power where they are wasted and lavished on lobbying, ‘tipping’, pressure groups and image laundering by the Government including hundreds of its registered or linked NGOs. Yet despite such huge discreet wastage of the country’s borrowed funds and public resources, accompanied by presidential tsetse fly lies and fabrications, the world has not only refused to be misled, misinformed and confused but also voices of concern against killing of Christians and burning or destruction of their churches and schools in Nigeria or any part thereof are increasing with high speed across the world.

Apart from old coalition voices being sustained across the world and new ones emerging and rising strongly in defense of persecuted Christians and some moderate Muslims and their untracked, uninvestigated and untried persecutors across the country, the Nigerian Government’s latest panicky reactions must have specifically been caused by the 16th August 2021 international letter to UK Minister for Africa, James Duddridge, MP by prominent UK Lawmakers and key global religious leaders and activists on “unending religious violence (killing of Christians and some moderate Muslims) in Nigeria-a key ally of UK”. The international letter of religious concerns was delivered to the Hon UK Minister for Africa, who is also a respected Member of the UK Lower House or House of Commons in which the powerful letter sought the UK Government’s acknowledgement of the scale of ethno-religious violence in Nigeria and strongly urge the Nigerian Government to: Hold those responsible to account; Ensure that security and stability are provided for all communities in the north and Middle Belt, as well as the Yoruba and Igbo people in the south west and south east, together with the help and protection they urgently need.

It saddens our heart therefore that instead of the Nigerian Government rethinking and reversing its path of religious infamy and perdition, it still resorted to diminishing the genocidal issue and covering same up and blackmailing the respected world leaders as “international IPOB lobbyists”. Intersociety as a leading investigator and researcher on religious violence and its state actor enablers in Nigeria since 2010 had been calling on the present Nigerian Government since 2015 to govern the country pluralistically and cohesively including provision of security and safety and protection of the citizens’ rights irrespective of their faith, tribe or ethnicity, age, class, gender or creed. On the contrary, the Nigerian Government has been unable and unwilling to have these done or achieved owing to its deliberate and systematic composition of its Government and security forces along radical Muslim lines and its unrepentant contempt for socio-political pluralism and religious tolerance. This is also to the extent that today, 80% of the country’s security energies and resources are channeled towards suppression of members of the Igbo Ethnic Nationality and their Judeo-Christian-cum-traditional religion while jihadists especially Jihadist Fulani Herdsmen and Jihadist Fulani Bandits are roundly protected by the State to commit or perpetrate mass atrocities on religious grounds. The Government of Nigeria has also discreetly turned the country into safe havens for Jihadists within and outside Africa and formulated an impunity and repeat-offense policy of ‘massacre-and-be-forgiven’ for BH, ISWAP and Ansaru Jihadists.

RELATED POSTS:  Stop The Hate Speech! ; Former Governors Are Not In The Senate To Sleep -- Theodore Orji