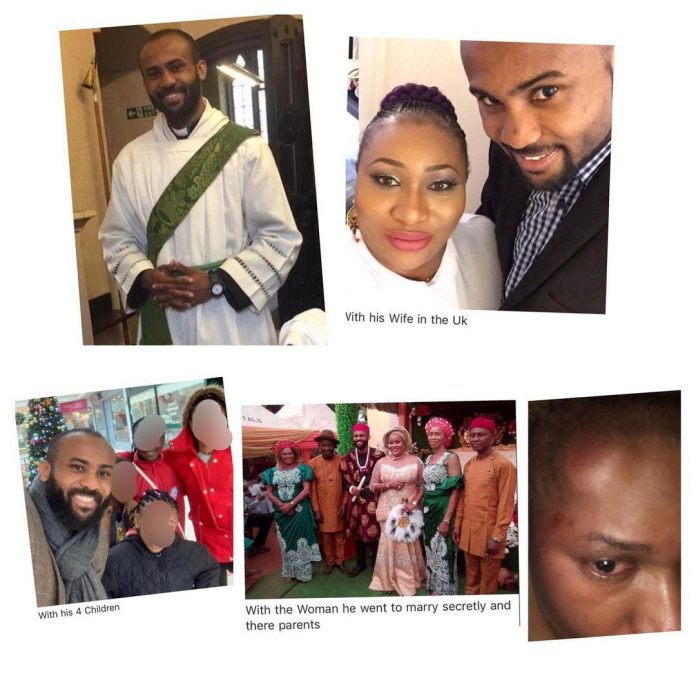 Prince Odoemena, a UK-based Pastor with the Church of England, has taken another wife despite allegedly being married to a lady called Genevieve.

Njenje Media News reports that the couple who are blessed with four kids have been having a turbulent relationship due to alleged domestic violence.

It was reported that Prince’s family has been maltreating his wife for over 10yrs and he returned to Nigeria in January, to marry another woman. It is reported that he goes about telling anyone who cares to know that Genevieve who helped him in getting his full British citizenship and supported him throughout his studies in the UK, cheated on him.