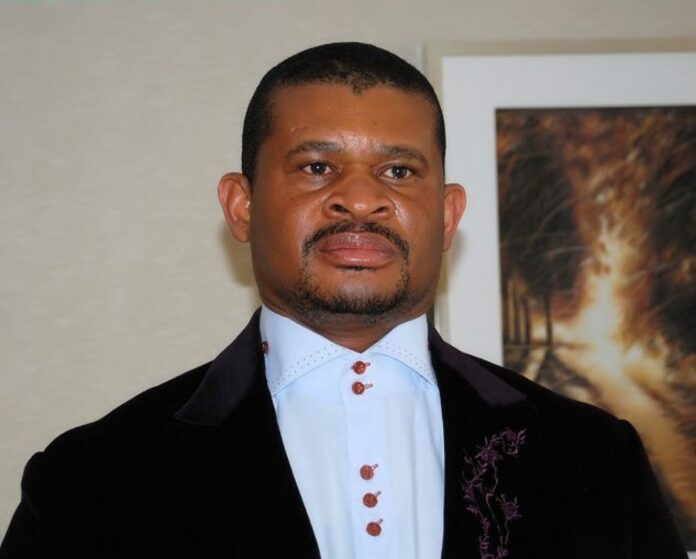 Senator Lee Maeba, the chairman of the Presidential Campaign Council of the Peoples Democratic Party (PDP) in Rivers State, has revealed why he does not want to engage in open confrontation with Governor Nyesom Wike.

Senator Maeba disclosed this on Wednesday while appearing on the Arise Television News programme.

Recall that gunmen were recently reported to have attacked the house of Maeba.

Following the attack, Maeba’s comment had suggested the gunmen were purportedly sent by the Rivers State Government.

However, Maeba, featuring on Arise TV, said he did not want to talk about Governor Wike because of his party, PDP.

“I am very convinced that Governor Wike himself knows the truth – that the PDP should continue to rule Rivers State. That is a legacy he can leave for all of us as PDP members. And you can only win in an atmosphere of peace and the peace we preach like we addressed the press on Monday – we want to do five-over-five the way we have always done.

“Right now, even the All Progressive Congress, APC, does not have a councillor. But If you scatter the house, if everybody goes his way, we cannot get that result because now that we have BVAS, there will be hardly any manipulation. So you don’t supervise people on how they vote in their respective wards.

“We don’t want to talk about Governor Wike because of our party; anything we talk to either attack his legacy or his person is only affecting our party; we are giving a chance to the opposition, and we will not give the opposition that chance. That is why we cannot be dragged into having any open confrontation with Governor Wike because we respect our party; we respect Governor Wike – that is why I continue to exercise restraint in what I say, in what I do – in order to leave a space for us to meet again and have a handshake,” he said.