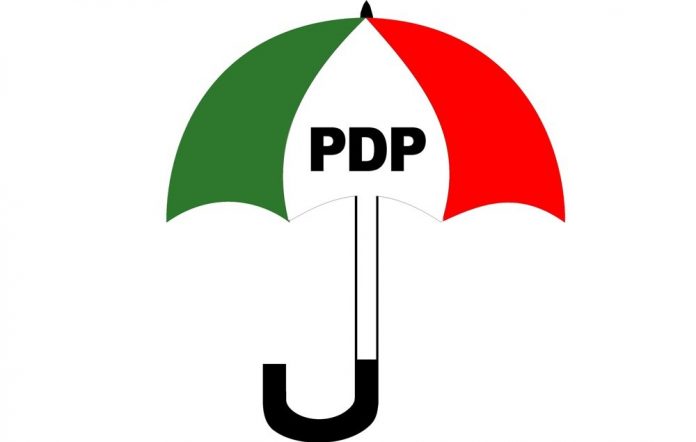 A group in Cross River State Chapter of the Peoples Democratic Party 7—Alive, has written a letter to the party National Chairman Uche Secondus, demanding respect for Governor Ben Ayade who according to the group deserves some respect by party men giving the fact that he is the leader in the state, Njenje Media News reports.

LEADERSHIP reports that the group draws membership from the seven local government areas that make up the southern senatorial district of the state.

In a statement issued Friday and signed by prominent members of the party, including a former state chairman, Ntufam John Achot Okon, 7-Alive said it “will no longer sit and watch the systematic devaluation of Prof Ben Ayade’s influence and leadership in the party.

“We have brought this unhealthy development in PDP to you in search of Justice, equity and fair play. We as loyal members of the party had watched in hope believing that the party and its internal disagreement ought to be handled outside the public theatre.

“Unfortunately, we have now realised that we waited and observed the deteriorating development in the party especially as it affects Cross River State chapter of the party.

“We therefore appeal to the NWC of our great party to do the right thing and bring justice to the party in Cross River State.

“Our concern or worries is mostly in the conflicting way of handling Ward and local government congresses of the party in the state which has gone on for far too long.

“From May 1999 to May 2007 when His Excellency Mr Donald Duke was Governor under the esteemed umbrella of the PDP, all through his tenures, the administrative running, the party structure, leadership, instructions and directives on what to do and how to manage the party had always centred around the Governor.

“Same norms and traditions were transmitted to His Excellency, Sen Liyel Imoke as the then Governor of Cross River State from May 2007 through May 2015 and sustained by all Party faithfuls owing to the fact it is and has become a norm generally accepted not just in Cross River but in all other States.

“However, we have observed the case of His Excellency, Prof. Ben Ayade, has not received the same cooperation and respect from the NWC thereby putting the party in utter confusion, lack of purpose and direction.

“It is no longer a secret that some members of the National Assembly all of whose return to the green and red Chambers was facilitated by the Governor, have now formed an opposition wing in Abuja with the aim of conspiring to seize the structures of the party in the state.

“We cannot belabor the party even after setting up the Senator Saraki committee to look into the matter and even after submission of the report, we are yet to know the findings and recommendations of that highly respectable committee.”

It said in the light of current reality and in recognition of “the strength of the governor and his structures across the 18 Local government areas in the state,” “we make bold to caution the handlers of the party that we are not only in full support of the Governor but are ready to follow his decisions in seeking redress in the face of intolerable and unnecessary machinations and aggressions towards him and the party in the state.

RELATED POSTS:  We will crush anyone working with former PDP National Chairman – Wike

“However, as we move towards the year 2023 it is important we reflect on the circumstances around us as an opposition party, while we pray for unity, respect for leadership and above all submit ourselves to the basic principles of democracy which is respecting the voice of the majority, we will resist any further attempt to disrespect the authority of the Governor, His Excellency Prof Ben Ayade as leader of the party in the state.”