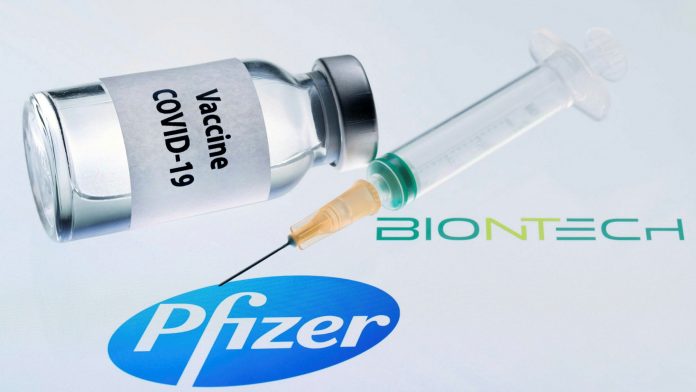 Vaccine production company, Pfizer Inc has applied for full regulatory approval for its COVID-19 vaccine in Brazil, the country’s health regulator said on Saturday, amid continuing unrest over right-wing President Jair Bolsonaro’s response to the pandemic and slow vaccine roll-out.

According to Leadership, The Pfizer-BioNTech vaccine is the second submitted for full approval in Brazil after AstraZeneca applied on January 29 for the vaccine it created with Oxford University. That vaccine is being manufactured in Brazil in partnership with the federally funded Fiocruz biomedical centre.

Brazil has already approved the Oxford-AstraZeneca vaccine and the Chinese-developed SinoVac shots for emergency use and began a vaccination drive in mid-January, but that roll-out has been plagued by delays in ingredient shipments. The Pfizer-BioNTech vaccine has an overall efficacy of 95 percent, and efficacy of 94 percent in people aged over 65, Pfizer has said. The prospect of distributing a new vaccine in Brazil came as Bolsonaro has faced protests – largely organised by left-wing

parties and groups – against his handling of the pandemic. The president previously dismissed the virus as a “little flu” and rejected the need to put public health restrictions in place to prevent its spread. He also has said he will not receive a vaccine, even as the pandemic continued to rage in the country. During the past month, more than 1,000 coronavirus-related deaths have been recorded daily. More than 9.4 million infections, as well as more than 230,000 deaths, have been reported to date.