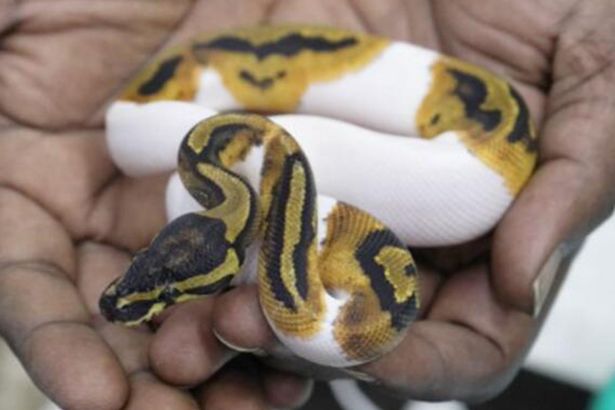 The twenty snakes, two tortoises and monkey had been hidden away in boxes in checked luggage on a flight from Bangkok, with officials recovering the animals thanks to a tip-off

Customs officials at Chennai airport were astounded when they seized nearly two dozen animals that had been smuggled in a man’s checked luggage.

The reported smuggler snuck 15 king snakes, five ball pythons, two aldabra tortoises and one De Brazza monkey in boxes in his checked luggage on a flight from Bangkok, which officials discovered after a tip-off alerted them to the possible smuggling plan.

The animals were given a once-over to make sure they were healthy before they were deported back to Thailand on a Thai Airlines flight.

K R Uday Bhaskar, the principal commissioner at Chennai Customs, said: “[The animals] were sent back because they will find it difficult to survive here.”

Meanwhile, the man who had attempted to bring in the contrabanded animals was identified in local media as Mohammed Shahiel, an Indian national who claimed a stranger had given him the bag and told him to hand it to a man when he reached Chennai.

RELATED POSTS:  A PRIEST AND HIS BIGOTRY - By Charles Ogbu