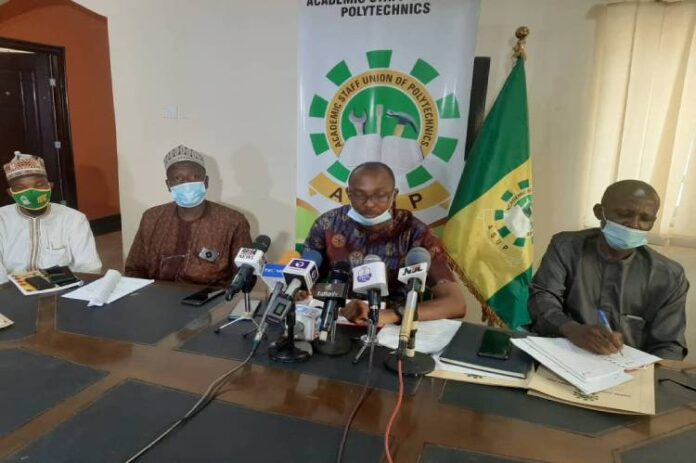 The Academic Staff Union of Polytechnics has commenced a nationwide indefinite strike over alleged neglect by the Federal Government.

The union accused the federal government of turning polytechnics boards into colonies of universities. It added that no Federal Polytechnic has received arrests of minimum wage.

Addressing newsmen to declare the industrial action, the leadership of the Academic Staff Union Of Polytechnics accused the federal and state governments of neglect of the education sector in general and Polytechnic education in particular.

President of the union, Anderson Ezeibe, who addressed the media listed the union’s grievances to include: non-payment of arrears of minimum wage by federal Polytechnics, states owing teachers’ salaries ranging between 5 and 24 months, alleged victimization of union leaders despite signing a no victimization clause with the government since 2017.

Others are non-establishment of a Polytechnics’ commission for the sector to bridge gaps in regulatory activities, non-implementation of the approved 65 years retirement age in the sector by some state governments, and alleged offensive claims of purported tax liabilities in 19 federal Polytechnics by the Accountant General of the Federation to illegally invade the legitimate emoluments of members.