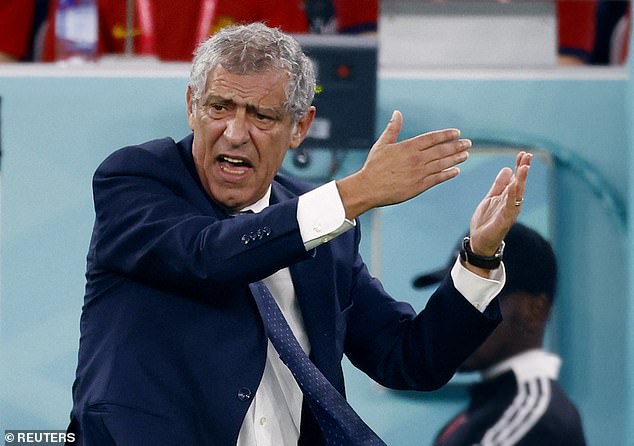 Fernando Santos has left his job as Portugal coach after his team lost to Morocco in the World Cup quarter-finals, the Portuguese Football Federation (FPF) said on Thursday

The Portuguese suffered a shock 1-0 defeat by Morocco in Qatar on Saturday, after Santos started with the country’s all-time record goalscorer Cristiano Ronaldo on the substitutes’ bench.

“After one of the best participations ever by the national team in the final stages of the World Cup…FPF and Fernando Santos understand this is the right moment to start a new cycle,” the FPF said in a statement.

Santos, who has been widely criticised for his tactics, became Portugal coach in 2014 and led the country in 109 matches. They won the European Championship in 2016 and UEFA’s inaugural Nations League in 2018-19.

“In addition to the titles won, Fernando Santos became the coach with the most games and most victories,” FPF said. “It was an honour to have a coach and a person like Fernando Santos as the head of the national team.”

FPF said its board would now start the process of selecting a new manager.