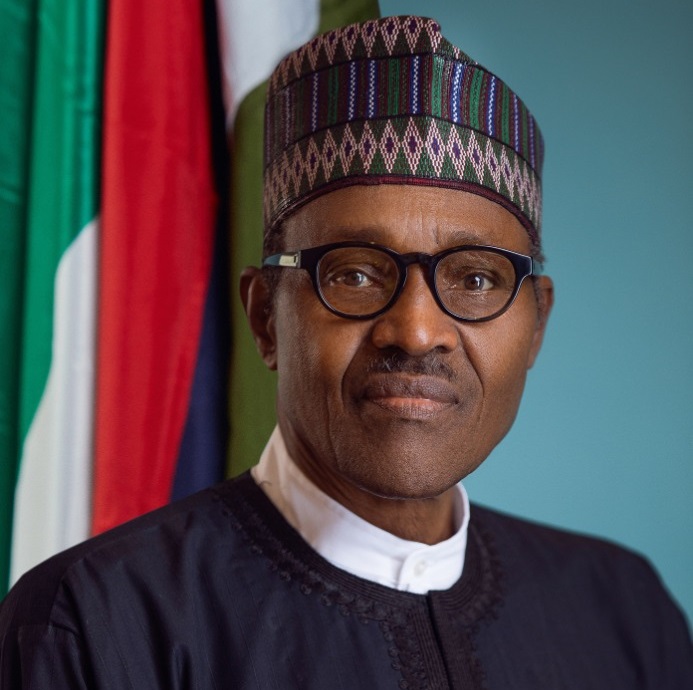 Nigeria’s President, Muhammadu Buhari has ordered the nation’s security chiefs to identify bandits, kidnappers, and their sponsors and take them out.

Major-General Babagana Monguno (retd), National Security Adviser made this known on Tuesday to State House correspondents after a meeting between the President and security chiefs at the Presidential Villa.

The President has warned the security chiefs that a situation where bandits and kidnappers are dictating the pace in the fight against insecurity will no longer be tolerated.

The NSA said Buhari stated that a situation where the armed forces are reactionary rather than being proactive will no longer be achieved.

The NSA added that President Buhari also insisted that all the decisions approved at the National Security Council meeting last month including a ban on mining activities in Zamfara as well as a no-fly zone remain enforced until further notice to curb the rising insecurity in the state.

He said “After meetings with governors of the Northwest and North-central zones, Mr. President decided to call for an emergency meeting with heads of defense and security organizations.

“Prior to this meeting, he had also met with the Chairman of the Nigerian Governors’ Forum on issues directly linked to the state of insecurity in the nation. Today’s meeting was not a very long meeting, but the President looks at certain issues that were presented to him in the last week.

“Mr. President, in particular, emphasized that the comprehensive reports he has received from the Chief of Defense Staff and the service chiefs, following their recent appointment, has illuminated the need for him to look deeper into certain aspects that need to be taken care of.

RELATED POSTS:  Baba Ijesha, And The Young Lady Were Acting Out A Script -- Witness Tells Court

“He is particularly inspired and impressed by the way the new service chiefs have started their assignment, with all the operational visits they’ve made to the theatre, where they’ve been able to address the troops, look into their immediate needs and come up with immediate, medium and long term proposals.

“Mr. President is going to look into these things with the urgency they require, but he is particularly delighted that from what he has received from the Chief of Defence Staff, there is now a renewed vigor, there is now a willingness on the part of all the operational elements to work together, as well as also working hand in hand with the intelligence organizations.

“On the issue of kidnapping and banditry, this menace still persists, especially in the Northwest and the North-Central zones. Mr. President has been very emphatic, he has stated very clearly that this problem must be brought to an end, but using the traditional methods that the armed forces have been trained to deploy.

“Mr. President has made it very clear to both the intelligence and operational elements that the first assignment will be to identify the leaders of these bandits, kidnappers and take them out, in order to restore confidence in those areas.

He further explained that “Mr. President has said that he will no longer tolerate a situation whereby bandits and kidnappers are the ones dictating the pace and setting the tone and he will not also condone a situation in which our own operations are reactionary rather than being proactive.

“He has also indicated his willingness to provide all the resources required by our own troops in order to put down these criminals. They must be brought down with all the ruthlessness that is required and whoever is working in collaboration with them will be brought to book.

“He has also declared that there will be no adjustment in whatever the National Security Council has already laid out until normalcy is restored. He’s also aware of attempts by certain elements, working in cahoots with all kinds of people in and out of the country to continue with exploiting the minefields, especially In Zamfara State.

“A ban has been placed on mining and that ban has to be enforced, people have to comply with whatever the President has laid out. Of course, we, in the intelligence domain, are aware that there are individuals and groups who are planning to link up with all kinds of non-state actors in order to frustrate the efforts of the government in implementing the ban on mining, as well as enforcing the no-fly-zone so that no rotary aircraft will land, drop whatever and pick up whatever. That has to be enforced.

“I’m also to send out a warning to those people who think they can continue to behave in a manner that undermines national security. Those people engaging in all kinds of underhanded, unscrupulous, mischievous, and deceitful practices, people who are working with those that are in government, in particular, critical agencies of government, we have been able to identify certain areas that are weak and these areas have to be strengthened so that these characters who are engaging in acts that you can describe as outright acts of brigandage, people who are behaving in a manner that portends a lot of danger to innocent lives, have to be fished out.

“It is extremely important for these people, I’m sending out a message to them, anybody who thinks he can continue to pool whatever resources he has at his disposal, to frustrate the efforts of the central government in bringing about peace and security will have himself to blame.

“The new service chiefs, as well as the intelligence community, and the constabulary forces have been given clear directives by the President to target those people who are the ones leading in creating chaos, disunity, and disharmony,” he added.