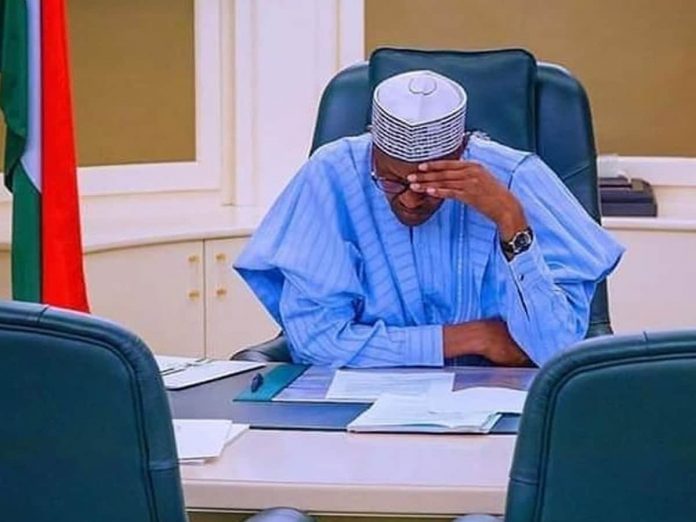 Patriots for the Advancement Of Peace and Social Development (PAPSD), A non-governmental organization, has called on President Muhammadu Buhari to through the anti-graft agencies conduct a thorough investigation into allegations that the $1billion funds meant for the purchase of arms to strengthen Nigeria’s anti-terror war got missing under the leadership of the ex-service chiefs, Njenje Media News can report.

LEADERSHIP reports that the PAPSD while cautioning against playing politics with the lives of Nigerians, urged the president to mandate the Economic and Financial Crimes Commission (EFCC) and the Independent Corrupt Practices and other Related Offences Commission (ICPC) to investigate the matter.

It would be recalled that the national security adviser (NSA) to the President, retired Major General Babagana Monguno, raised concerns over the $1billion funds meant for the purchase of arms to strengthen Nigeria’s anti-terror war. But a statement from the NSA office explained that Monguno was quoted out of context.

But in a statement, the executive director of PAPSD Dr. Sani Abdulahi Shinkafi said “We call on President Buhari to immediately direct the EFCC and ICPC to investigate the alleged missing money without further delay as the allegation cannot be swept under the carpet because Nigerians would want to know what happened to the huge resources allocated to the fight against insurgency and the procurement of arms and ammunition” he added.

The organization tackled Monguno over his handling of the security situation in the country describing his comments on the arms purchase as reckless. PAPSD added that the NSA’s open indictment of the former service chiefs over the purchase of arms has left the Presidency with no option other than to engage in a damage control strategy that may not work.

Shinkafi stated that “Managing security issues is beyond the display of the usual rhetoric, fluent grammar or open and direct threats to criminals that are largely ignorant of even their own religion and under the influence of drugs.

“What Monguno and his likes succeed in doing is provocating and instigating the highly armed bandits to go against innocent citizens even as he is fully aware that declaring war at a time you know you don’t have the capacity to fully protect people’s lives and properties is insensitive, unprofessional and highly irresponsible because the vulnerable public will be at the receiving end of such careless statements. Monguno as the NSA has maximum protection.

“We have as a result seen an escalation in abduction particularly in Niger and Kaduna states with the military clearly unable to prevent it,” he said.

He added “It shows clearly that while Governor Matawalle as an opposition Governor is being careful and protecting the image and action of the government, a serving NSA who supposed to be diplomatic and systematic in responding to issues that directly affects his government is obviously lackluster and unprofessional maybe because of certain grudges he has with either the Zamfara Governor or its people.

“Governor Matawalle’s insistence on the use of carrot and stick is now more understandable owing that the approach has brought relative peace to the state. Through the initiative of dialogue, Zamfara people can freely travel and go to farms now while attacks and killings have reduced by more than 70 percent. The Governor probably knows very well as we do that the option of force alone cannot end banditry, kidnappings, and killings in his state” he declared.