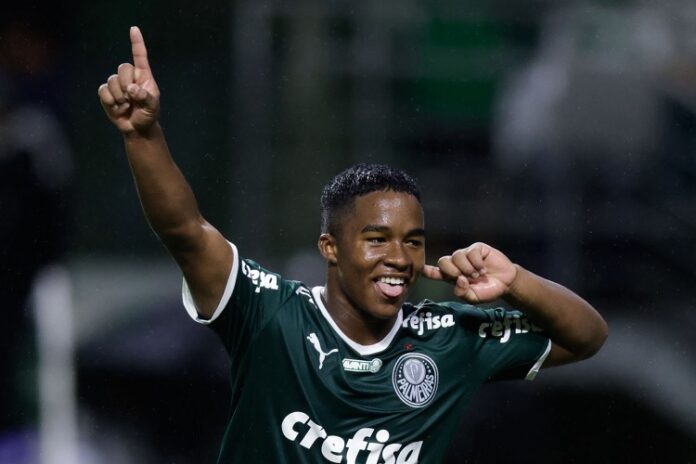 Real Madrid have reached a full agreement with Palmeiras over the proposed transfer of Endrick Felipe, according to Fabrizio Romano, as well as thrashed out the final details regarding the personal terms for the 16-year-old attacker. The transfer will not happen before the summer of 2024, when he turns 18, Njenje Media News reports.

The Spanish giants are extremely keen on adding the youngster to their ranks, considering him among the most talented players set to break onto the stage over the next few years. In order to reach this agreement, they first needed to beat off the competition posed by Paris Saint-Germain, but the Ligue 1 champions reportedly gave up on the race a couple of days ago. Real also needed to assure Endrick and his entourage over the space needed for him to flourish at the Santiago Bernabeu, which apparently meant waiving their pursuit of Erling Haaland.

The deal is expected to cost Los Blancos around €72 million in total, of which the amount of €60m is guaranteed, and the remaining €12m is set to come in the form of add-ons.