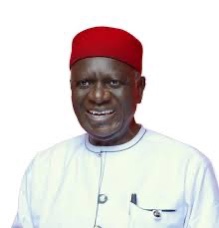 (Comment made at the Association of Nigerian Authors annual Conference, Abuja; October 2022)

Writers are, in perception, the clear eyes and sharp ears of their Community; and in function, the golden voice of their People. To function, efficiently, as per definition, the writer’s worldview should be archetypic of the Community worldview.  The writer sees the same thing the Community sees, but only sharper. The Writer communicates that vision back to validate what the Community sees, fuzzily, in more animated and happier language. Like in other world realms, the true African writer’s mind is animated by African worldview. Like in other realms, the African writers’ language is conveyor of African worldview. That many an African mind is alienated from African worldview and seeks a return to roots is the essence of the Woke Movement electrifying the African world of the early 21st Century. African Renascence knocks on the African and World doors. African ancestors had left notice to await a time like this.  A time of inevitable transition from the subsisting world of Ugaazi; Age-of-childishness to incipient world of Uganyanwu; Age-of-enlightenment.

African civilization had put a high premium on worldviews and world systems. The Right-to-a-worldview is, for example, a Natural-right among the Igbo and other autochthonous African peoples. As I left for school in America, 1971, my father; Kafor Nwanyidi, an Ezedibia (‘Medicine-man’ would be a very a clumsy translation for the term describing true African thinker-healer-leader…Doctor), had said to me:  “Dede, a si m gi gaa Alabeke gaa muta ihe Beke ma. A sighi m gi gaa pata Uwa ha. Uwa anyi na ha awughi!” Dede, I send you to the Whiteman’s country to learn what the Whiteman knows. I am not sending you to import their worldview. Their worldview and our worldview are different!”

This world expeditionary mandate of my father is the root of my interest and scholarship in African Cosmology. In addition, World Cosmologies. Very fruitful mandate! When the University of South Africa invited me, 2006, to discuss African Cosmology, I was delighted that my father’s Spirit would be pleased. When the African Scientific Community invited me, and elected me Chairman Future Earth, to help develop a new paradigm for World Science, 2015, I felt I was doing the right thing by my late father’s mandate. When the Library of Alexandria invited me, 2016, to address the issue of African Cosmology and Science, I became sure am on the path my father and ancestors set me. The path from Ugaazi, the world age-of-childishness to Uganyanwu, the world age-of-enlightenment.

However, as I moved with African Cosmology from Cape-to-Cairo, as the saying goes, Nigeria was asleep. Sleep induced by the catechismal education system designed by the ‘Lords-of-Ugaazi’ to keep Africans blind and enslaved. Too blinded to raise eyebrows or ask questions! One can sense my grand pleasure at being recognized, and, honored with their fellowship, by the Association of Nigeria Authors, ANA, on this grand occasion. An Association of Writers founded by Chinua Achebe can only be an Iroko association. I salute ANA!

As we speak, a war-of-worldviews and inherent cultures is afoot on Earth. In this year, 2022 AD, a War to determine World Order is unfolding before us. A war to maintain the current zero-sum world order or transit to a more natural and just world order. Many people cannot see it, but Africans should. The people driving it know…Eurasia know what they are doing, but don’t understand what they are doing. On the surface, it has started as shooting war between two Slavic countries of Ukraine and Russia. It has, also, started a technology and economic war between America and China. Africa is being pressed, by the narcissistic beneficiaries of the present zero-sum world order, to take sides in this unfolding global struggle. Africa should not be ambivalent. Whoever wants to maintain the current malignant world order, in which the Black Races are enslaved and mocked, is automatic enemy for Africa to fight. Africa should always bear this in mind and never be distracted from the mindset, if her children shall ever live free and respected. African writers should wake up and stay woke to what is unfolding before them. Humanity has never had so much knowledge to rethink the world. Unfortunately, some races do not believe in common humanity. Covid-19 is showing us why not.

Covi-19 has re-written the history and sociology of the world! Unfortunately, the current education system in the world does not educate people to learn broadly enough, and think broadly enough, to know and understand what is unfolding in the world around them. Covid-19 has revealed that those who do not believe in the common humanity of human beings do indeed have a case. They are different.

They suffered more Covid-19 than those that believe in common humanity. And have different finger architecture. Those, like European royalty, who have claimed to be Aryan (lords/nobles), while others are Anaryan (slaves/commoners) are indeed carriers of high dosages of the genes of Neanderthal man…Homo Neanderthalensis (the 2022 Nobel Prize for Medicine or Physiology was won for work done on the genome of Neanderthal man).  In addition, they have the narcissistic, violent, mindset from that, otherwise, extinct hominin. They developed a zero-sum worldview of winners-and-losers.

The Neanderthal gene-carrying Aryans invaded India, thousands of years ago from their Mesopotamian homeland, and established the color-coded caste system in India. They invaded Europe, erased the Celtic European autochthons, and created the feudal Europe and lords and commoners. From Europe, they invaded the world and, by violence, established the present malignant color-coded world order that has the Black African in the ‘shithole’, as one of them with the archetypic finger calls it. Black Africans, for good or ill, have no Neanderthal genes. Africans are pure Homo Sapiens sapiens. It is no wonder Africans developed the best worldview for dealing with holistic complexity…such as life-promoting Human Society. This is, apparently, why God and the ancestors have assigned the Black race the manifest destiny of guiding humanity from the malignant Homo Sapiens Neanderthal dominated age-of-childishness to the life-promoting Homo sapiens sapiens guided age-of-enlightenment. If the Black Race fail in this sacred duty, they stand a chance of being eternally damned. African writers, including ANA, should write that down and spread the word.