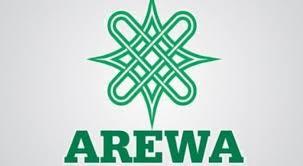 The Southern Nigeria Frontier, SNF, has described the Coalition of Northern Groups, CNG, as a national security threat, noting that it would confront CNG if the Federal Government failed to call the group and its members to order, Njenje Media News reports.

SNF said the statement by CNG was not just a direct assault on the Yoruba people and the pedigree of Yoruba leaders that make up Afenifere, but also a provocative attempt by the militia North-based group to instigate a crisis.

SNF’s spokesman, Olufemi Lawson, warned that the CNG should not threaten the Yoruba or any region of southern Nigeria with war or any form of intimidation.

According to Lawson, “We must make it clear to CNG and their caliphate sponsors that they cannot threaten us with any form of war at this stage, as we will not provoke war but never are we going to run for anybody on our land.

“We are miffed that a body like CNG, that has constituted itself into a national security threat, judging by its antecedent and has never shown any remorse over the atrocities of northerners and agents of the regime against our people, and harassment of those who speak up against the current regime in the country, can open their mouths against an organisation such as Afenifere.

“Afenifere’s contribution to the survival of our country and democracy remains immeasurable.

“It is sad that days after making the irresponsible and inciting statement, neither the Presidency nor the political leadership of North has found it necessary to condemn the action of this gang, who now posture itself as the new voice of northern Nigeria, despite its notoriety.

“Let us remind ourselves that nobody wants a repeat of what such behaviours in the past led the country into, particularly the 1966 event. But if there are people plotting such event again, the rain will be over their heads.”

Southern Nigeria Frontier also advised the people of the South to remain peaceful, while also being vigilant against any form of threat to their continued survival under the country Nigeria.