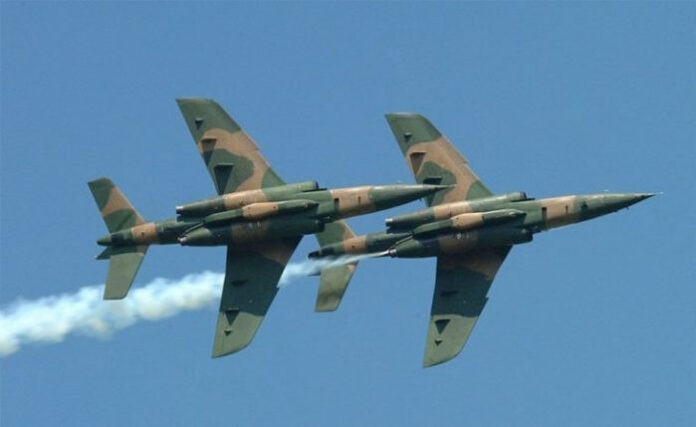 The Nigerian Air Force has refuted the Boko Haram sect that its members brought down the missing Alpha jet on Wednesday, March 31, Njenje Media News reports.

The sect members had yesterday, April 3, released a video claiming responsibility for bringing down the jet.

In an interview with newsmen, the Director Public Relations and Information Nigerian Air Force, Air Commodore Edward Gabkwet, opined that the viral video could be footages from a previous incident and that the force will not be going into speculations based on the videos released.

“We have seen some videos but there is nothing that has proven that the aircraft in those clips belongs to us, or have you seen a Nigerian Air Force aircraft number or the body of Air Force pilot or have you seen any Air Force uniform until we get all these details out, we are not going to go into speculation.

“That video could have been shot somewhere. I have seen four videos so far, one of them has lush vegetation in the background, and I wonder where they have such vegetation in the Northeast. Unless they did something and they are releasing the clips bit by bit, we are waiting.

“Except we have evidence because like I said, these persons have families and you cannot go to their wives, parents, or wards, you must bring concrete evidence. There must be something to show” he said

Tinubu ; Femi Fani-Kayode Says He Has Reconciled With Pastor Tunde...