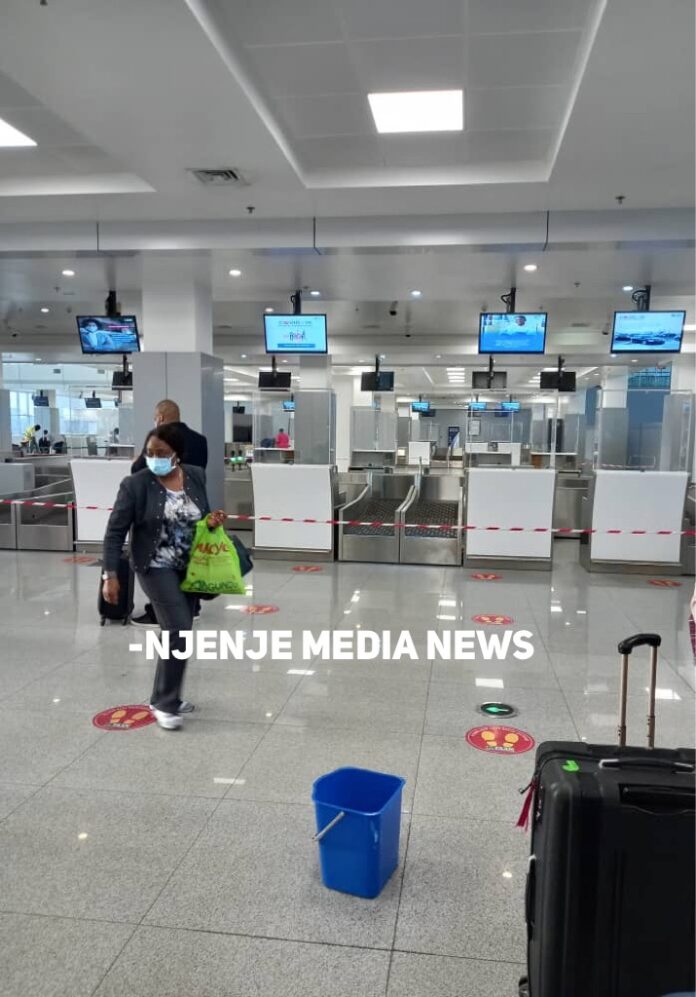 This morning, Saturday the 20th of March 2021, passengers waiting to board a British Airways flight to London narrated to Njenje Media News how disappointed they were seeing Blue bucket being used in collecting water dripping from the ceiling.

Nnamdi Azikiwe Airport Abuja is Nigeria’s second-largest airport and one of the busiest airports in Africa. It is sad to see the speed with which the fact is already happening.

Njenje Media News has already called the attention of Aviation Minister, Hadi Sirika to the photos making the rounds on the Internet.

THE “TERRORISTS” OF IPOB – Femi Fani-Kayode

The Ikpea’s, The Divorce And The Side-Chick Blackmail