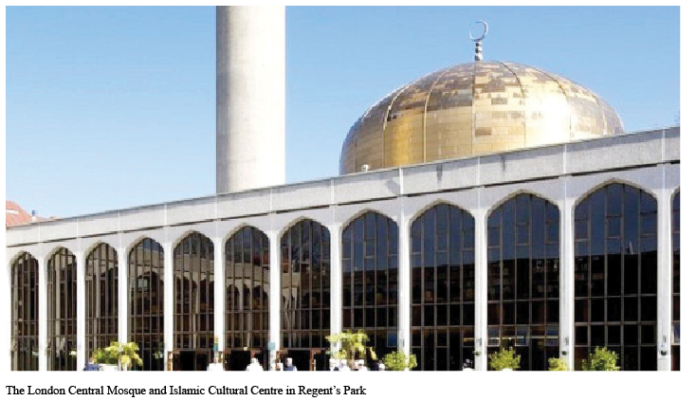 The Janjaweed, The Mujahideen And The Taliban Alliances Of Nigeria Must Be Stopped From Plunging The Country Into Another Closed And Internationally Isolated State Of Islamic Caliphate As It Is In Afghanistan

Warning To Nigerians Over Jihadists Takeover Threat And Muslim-Muslim Ticket

It is the strong warning of the International Society for Civil Liberties and Rule of Law that the Janjaweed, the Mujahideen and the Taliban Jihadist Alliances of Nigeria must be stopped by all legitimate means necessary from plunging the country into another closed and internationally isolated state of Islamic Caliphate, as it is the case in the battered Republic of Afghanistan since August 2021. There are palpable and informed fears that the locally and regionally assembled Jihadists and their state actor allies have launched bids to take over the Capital City of Nigeria, Abuja and its Presidential Seat of Power; with declaration of Nigeria as “Islamic Caliphate of Nigeria”. It is further feared that the all-important 2023 Presidential Poll and its handover of power may likely be truncated or scuttled, if urgent and extreme steps or measures are not taken. The above is also most likely a radical ‘Plan B’ option for promoters and prompters of ‘State Jihad Policy’ in Nigeria who include the advocates and sponsors of Muslim-Muslim Presidential Ticket. Nigerians are also living witnesses to thickening attempts by State Jihad enablers, in collusion with INEC and its 36 independently identified poll rigging plots, to unilaterally, divisively and disastrously turn the country’s presidential and vice presidential tickets into Muslim-Muslim affair; in a country of roughly 50-50 Muslim-Christian composition.

In Sudan, a mostly Muslim country and notorious safe haven for global Islamic jihadists till date, a position of the Vice President was kept for Christians from the South from 1972-1983 and 2005-2011. The South gained her independence on 9th July 2011. Abel Alier was the Vice President of Sudan in 1972 while Riek Machar held the post from 2005-2011. The power sharing arrangement was retained until 2019 when it was scrapped and replaced with zoning of second vice president to the People of Darfur Region. In Lebanon, the post of President/Head of State has been retained by Christians (32.4%) in a power sharing arrangement with Sunni Muslims (31.9%) and Shiite Muslims (31%) dating back to 1926. The Muslims retain the post of Prime Minister till date. The current President of Lebanon since 1st Sept 2016 is Michel Aoun, a Moronite Christian. It is therefore correct to say that Nigeria is presently under attack by sponsors and promoters of ‘State Jihad Policy’, aimed to be achieved through clandestine sponsorship of Jihadist Alliance takeover bids or open Muslim-Muslim Presidential Ticket or both.

Ballot Must Always Be Stronger Than Bullet: Nigerian Democratic Forces Must Rise

The informed position, warning and alarm of Intersociety must therefore not be taking for granted by the country’s democratic forces including the Nigerian Labor Congress, the Academic Staff Union of Universities, the Nigerian Union of Journalists, local and int’l Human Rights and Pro Democracy Groups and other institutions and persons of goodwill and conscience. All democratic institutions and persons in the country must rise in strong defense of the country’s democracy and resiliently push back the calamitous activities of the country’s dark and undemocratic forces. That is to say that the ongoing ‘State Jihad Policy’ must be fought with utter vehemence and resilience and thrashed into the dustbin of permanence, not to raise their ugly heads again in Nigeria or any part thereof. The Nigerian democratic forces must be aware of the ongoing cover-ups, misinformation and diversionary tactics regarding takeover threats on the country’s Federal Capital Territory by the Jihadists, glorified by Nigerian Government and its censored media as “Bandits”. They must also be aware of the fact that the conspiratorial violent attacks at the country’s Capital City by the assembled Jihadist groups numbering fifteen including their affiliates are glorified as a threat to “abduct Buhari and El-Rufai”; a metaphor for “threatening to takeover Abuja with ease and centrally Islamize Nigeria”. From available records including statements of facts on the ground, “Buhari and El-Rufai” have never been known to constitute a terminal threat to the Jihadists. The comic acts and responses by the Military in the recent conspiratorial attacks on Presidential Guards are also another angle to it. For instance, the Nigerian Armed Forces had few days after the attacks suddenly “discovered the Bandits’ dens in FCT forests and “killed” 30 of them in a clearance operation”. Also how possible is it that soldiers of the Nigerian Military equipped with $30B publicly procured arms and armaments since 2016 and surrounded with over 30 military formations between FCT and Kaduna could be so dislodged without resistance by a handful of rag tag Jihadists at Kuje prisons, who invaded and freed their members and escaped with them unharmed and un-resisted? Yet, till date, no member of the Service Chiefs or defense and security officers has been sacked.

It is no longer news that the country’s borders have been opened for various Jihadists under the present central Government; thereby making Nigeria the present African Capital of Jihadism. This is to the extent that Nigeria now plays host to all known or leading global Jihadist movements, converging from the Sahel, Maghreb, West Africa, East Africa, Central Africa and the Middle-East. Their presence has also increased the influx of Jihadist mercenaries and illicit small arms and light weapons including assault rifles, machine guns, anti tank and personnel land mines and improvised explosive devices, etc. These have catapulted Nigeria to possible second most globally notorious illicit small arms and light weapons destination and usage after the Islamic Caliphate of Afghanistan. Nigeria may also be chasing Israel as the world top country with highest quantity of illicit landmines. The country may also account for average of 30,000 violent deaths per annum or more, owing to illicit use of small arms and light weapons. This is more than 5% of the global yearly average of at least 500,000 deaths resulting from illicit use of small arms and light weapons. Historically speaking, Sudan had been the African Capital of Jihadism in the 90s and 2000s under Gen Omar Hassan el-Bashir. This was after his Islamic coup of 30th June 1989. Libya also served twice as African Capital of Jihadism during and after the collapse of ‘the Great Islamic Socialist People’s Libyan Arab Jamahiriya Government’, following the Islamic coup that brought Col Muammar Gaddafi to power on 1st Sept 1969 that lasted until 20th Oct 2011 when he was ousted and killed.

State Jihadism Through Polarization And Radicalization Of Security Forces

Intersociety had also severally expressed deep concerns over polarization and radicalization of the security forces dating back to 2016 including injection of religious extremists in their commands and controls. The country’s security forces have been so polarized and sectionalized that they no longer bear true secularity, multicultural, multiethnic, multi-religious, non-partisan and professional allegiances or anchor their codes of operation on the same. As an internationally respected research and investigative rights, security and democracy advocacy organization led by ‘people of facts and statistics’, Intersociety is aware that the Nigeria’s healing and recovering processes were making steady progress until they were distorted and truncated by promoted ‘State Jihad Policy’ under the present central Government of Nigeria, starting early 2016. The present Government had jettisoned the country’s multicultural, multiethnic and multi-religious harmonies clearly guaranteed in the subsisting Constitution and its willingly acceded and enacted regional and international Treaty Laws and violently opted for recognition of Islam as a State Religion, in contravention of Sections 10 and 42 (non discrimination) of the 1999 Constitution as amended.

Nigeria Is Speedily Going The Way Of Sudan, Somalia, Afghanistan, Libya And Others

Nigeria must be timely rescued and stopped from calamitously heading the way of Sudan, Somalia, Afghanistan, Libya, Lebanon, Iraq and others. This is more so when it has not been historically forgotten that the present precarious situation in the Nigerian security forces and their high commands was the same way the secular security forces and countries of Syria (under Hafez Assad: 12th March 1971-10th June 2000), Sudan (under Omar Hassan el-Bashir: 30th June 1989-11th April 2019), Somalia (under Mohammed Said Barre: 21st Oct 1969-26th Jan 1991), Libya (under Muammar Gaddafi: 1st Sept 1969-20th Oct 2011), Iran (under Ayatollah Sayyid Ruhollah Khomeini: 3rd Dec 1979-3rd June 1989), Iraq (under Gen Saddam Husssein: 16th July 1979-3rd April 2003), Lebanon (under protracted civil war:13th April 1975-13th Oct 1990, ended by Taif Agreement of 1989), Pakistan (under Gen Muhammed Zia-ul-Haq: 16th Sept 1978-17th August 1988) and Afghanistan (the world’s longest Islamic conflicts from 1978 to till date: 2022) were plunged into ruination and abyss. Today, all the countries above mentioned, except Iran (bound by Shiite Brotherhood and oil wealth) and Pakistan (fractured and only bound by nuclear arsenal capability), are in ruins and have earned chronically destructive status of weak, failed and collapsed States.

19 Out Of 23 Top Security, Defense And Justice Positions Still Held By Muslims

This is to the extent that out of 23 top federal security, policing, defense, justice and paramilitary positions in Nigeria presently, Muslims have at least 19; in a country of roughly 50-50 Muslim-Christian faith and composition. The nineteen (19) top security, policing, defense, justice and paramilitary positions in Muslim hands are the Inspector General of Police (Alkali Baba), the Minister of Defense (Bashir Magaji), the National Security Adviser (Babagana Mungono), the Minister of Police Affairs (Maigari Dingyadi), the Minister of Interior (Rauf Alegbesola), the Chief of Army Staff (Faruk Yahaya), the Chief of Naval Staff (Awwal Gambo), the Director Gen of SSS (Yusuf Bichi), the Director Gen of National Intelligence Agency (Ahmed Rufai), the Controller Gen of Customs (Hamid Ali).

Brief Histories Of The Janjaweed, The Mujahideen And The Taliban Jihadist Movements

Janjaweed: The ‘Janjaweed’ Radical Islamists are a group of Islamic Jihadists from Sudan comprised mainly of Abbala (Camel Herders) and Baggara (Cattle Herders) who were in 2003 and upwards affiliated with the Rapid Support Forces of the now ousted tyrannical Government of Gen Omar Hassan el-Bashir. Like their Nigerian Jihadist Fulani Herdsmen counterparts under State protection, the Sudanese Janjaweed were responsible for massacre and maiming of thousands of defenseless Darfurans and raping of women in Darfur Region under the coordination and protection of the el-Bashir Government. Top Janjaweed leaders include Ali Kushayb, Sheik Musa Hilal, and Ahmed Mohammed Haroun, who was a Minister of Interior under President El-Bashir.

Mujahideen: The Mujahideen Terror Jihadists are today’s forefathers of the Afghan terror Jihadists known as the Tabilan, which emerged as one of their factions after 1992. The Mujahideen are comprised of various allied Muslim Jihadists formed to oppose the Soviet invasion of Afghanistan with ‘holy war’ (Jihad) following the overthrow of the centrist Government of Mohammed Daud Khan in April 1978 and was active till 1992 when the Union of Soviet Socialist Republics or USSR broke up and fragmented into fifteen republics-leading to ousting of the Soviet backed Afghan Government of Dr Mohammed Najibullah. Top leaders of the Mujahideen include Burhanuddin Rabbani, Ahmed Shah Massoud and Gulbuddin Hekmatyar

Taliban: The Taliban Islamic Jihadists are a Deobandi Islamic Fundamentalist, Militant Islamist and Jihadist political movement in Afghanistan, active from 1996-2001 when they were overthrown by US forces. The Taliban era under their blind leader, Sheik Mullah Mohammed Omar was turbulent, butchery and brutish including strictest application of Islamic laws and culture and total forbidding of western education and culture, mass poverty, international isolation, closure of foreign companies and diversion of foreign direct investments, etc. The Taliban Islamic Jihadists bounced back and recaptured Kabul, the capital city of Afghanistan and took over the country’s seat of power on 15th August 2021 and declared the country as “Islamic Emirate of Afghanistan”. Top leaders of the Taliban include Mullah Mohammed Omar, Akhtar Mansour and Hibatullah Akhundzada, who is the new Supreme Leader.