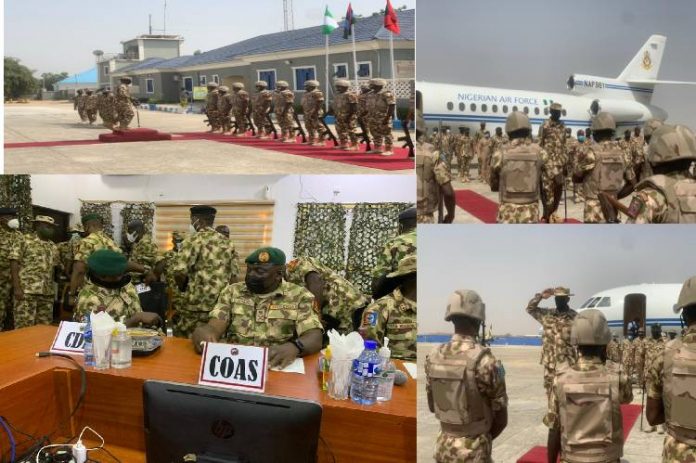 It is the strong position of the International Society for Civil Liberties and Rule of Law-Intersociety that time has not only come for all and sundry to ignore and discontinue the every Monday sit-at-home, now hijacked, defaced, coordinated and violently enforced by IPOB renegades, but also it is time to generally disregard the rantings of the Southeast ‘Sole Administrators’ (Governors) and other failed leaders including the so called “federal lawmakers representing the region”. While ‘ghost street protest’ or “sit-at-home” remains the most civilized, nonviolent and effective form of democratic free speech, devoid of offensive violence and guaranteed in the Nigerian democratic and human rights laws and the regional and the international treaty enactments, it must not be made abusive including being recklessly, indiscriminately and violently enforced. It must also, when in use, be made to ensure maximum achievement of its target goals including being used in atmosphere of nonviolence and general moral persuasion.

Intersociety had carefully followed the ‘Monday Sit-at-Home’ from its original beginning and intent to the point where it was hijacked, abused and violated by the renegades. That is to say that the Monday Sit-at-Home was originally continued conscientiously by many, if not most of the Igbo citizens of Eastern Nigeria following a general suspicion that the sudden suspension of same by IPOB leadership calls for question. The continuation also clearly indicated Igbo People’s independent mindset in matters of ‘right and wrong’; bearing in mind other micro social factors such as fears caused by security forces brutalities fueled by ethnic and religious hatred or divisions. In other words, threats from IPOB renegades during one or two repeated sit-at-home were minutely insignificant until past weeks.

It must further be pointed out that the evolvement of present ‘IPOB renegades’ bears patterns and trends of ‘MASSOB renegades’ of 2005 to 2006 in the Southeast particularly Anambra State who deviated from the original goals of MASSAOB or Movement for the Actualization of the Sovereign State of Biafra, believed to have been formed in USA back in 1995. The ‘MASSOB renegades, it must be further remembered, had engaged in all manners of ‘street crimes and criminalities’ including abduction for ransom, arson, robbery and armed robbery, sexual harassments and assaults, violent extortions and collection of criminal royalties; seizure of properties, dabbling into family and other civil matters and criminalization of same, killings, maiming, undermining local civil authorities, etc. It took a coordinated military-police action to flush them out and that was the beginning of total loss of public confidence, support and followership by MASSOB among Igbo People till date.

Therefore, the leadership of IPOB must watch its back to avoid going the way of once revered, respected and popularly followed MASSOB. This is more so when it was the same poor management of sit-at-home and afterward similar events in 2004 that not only cost its downfall but also reduced them to ‘private boys scout’ in present Igbo Land till date. It is not only that there must be regular sanitization, order, decorum, decency, discipline and obedience in IPOB, but the renegades within its fold must be identified and flushed out. IPOB must also regularly play a leading role in the present ICT powered market of ideas and intellectualism so as to trade, borrow and exchange. That is to say that the use of Sit-at-Home must be retained but only used or applied intellectually and timely so as to maximally achieve its targeted goals and reduce citizens’ socio-economic inconveniences and hardships. For instance, assuming a trial court decides tomorrow to grant accelerated and expeditious trial of Maazi Nnamdi Kanu leading to consecutive days of proceedings, does it mean that “Sit-at-Home will also be enforced consecutively on Monday, Tuesday, Wednesday, Thursday and Friday”?

Rantings Of Southeast ‘Sole Administrators’ And Other Failed Leaders Must Be Ignored: The recent rantings of the widely nicknamed “Southeast Sole Administrators” (Governors) and other failed leaders must be ignored or dumped in trash cans. This is because none of them particularly Governors of Ebonyi and Anambra States has an iota of moral and leadership latitude to raise alarm or condemn the loss of tens of billions of naira occasioned by original or fake IPOB’s Monday Sit-at-Home. It is a truism that the ongoing agitation and massive support following same from most members of the Igbo population and beyond is expressly linked to colossal failures in leadership by the so called “Southeast Governors” and ceding away the Region and their States to external enemies and invading annihilators. Those of them speaking against the Monday Sit-at-Home including Governors of Anambra and Ebonyi and the failed federal lawmakers are also found to have spoken out cowardly because the Sit-at-Home was not ordered by the mainstream IPOB and if ordered by same, “silence of the graveyard would have rented the air in the camps of the referenced failed leaders”..

In the emptily worded and watery communiqué of the ‘lawmakers’, for instance, dodged or deliberately omitted was the killing of hundreds of defenseless civilians, abduction of thousands and disappearance of several hundreds of others by Northern Muslim dominated and controlled security forces. Also till date, the Southeast ‘Governors’ and the failed federal lawmakers have collectively and individually turned blind eyes and refused to strongly condemn the abduction of several hundreds of innocent and defenseless Obigbo residents in Rivers State including over 400 that were recently located and freed after six-ten months in Army dudgeons. They included over 50 young women many of who were sexually assaulted or raped by soldiers in captivity. This is even when over 90% of them are from Anambra, Enugu, Abia, Ebonyi and Imo States, the home States of the failed Governors.

In Anambra State, Governor Obiano and his outgoing and least performed Government have crippled the economy of the State using all manners of roadside touting and criminalities. The Government has also presided over the near total, if not total collapse of the State’s road network, drainage and waste management systems. In the area of using violent touts, brigands and militants to lay siege on citizens over revenues, several dozens of citizens have been killed and goods or properties worth billions violently confiscated or seized or destroyed or stolen. Yet the State has remained one of the least IGR States in Nigeria despite violently engaging in all kinds of revenue drives which drive away many customers and investors. Under Gov Obiano’s nose, the giant $300m (N90b as it then worth in August 2018) expansive plant of the International Breweries was swept off the State and landed in Ogun State; likewise the loss of India owned Golden Oil Industry to neighboring Enugu State. In all, Anambra State loses at least 80% of its IGR to crooked Government officials and private individuals; thereby leaving the State in infrastructural sorry state and revenue drought. Another typical example is Onitsha Main Market, the State’s major trading hub and revenue base which is now a no go area, due to collapse of its major link roads: Niger Street, Bida Road, Old and New Market Roads are almost, if not totally cut off. Traveling to Enugu from Awka, Anambra State has become a nightmare, no thanks to failed roads and unchecked menace of soldiers stationed at its new and old roads.

In Ebonyi State and the entire Southeast, the leadership of Gov Dave Umahi is continuously nightmarish to the Region and its People especially their territorial and human security which have never been threatened and undermined as they are presently the case. This is also to the extent that promotion of caliphate policies and undermining of Igbo interest has become the daily rosary of the failed Governors under reference. Granted that the 1999 Constitution is riddled with defects but a popular and sensible Governor can still govern and develop his People and State well and independently without having to make himself a servant of the Caliphate or its praise singer, parroting day and night; thereby gravely undermining his people’s collective values, security and welfare. This is more so when there are 66 executive powers allocated to the Governor of a State as against the President’s 118 executive powers.

Why I Want To Serve Anambra – Valentine Ozigbo