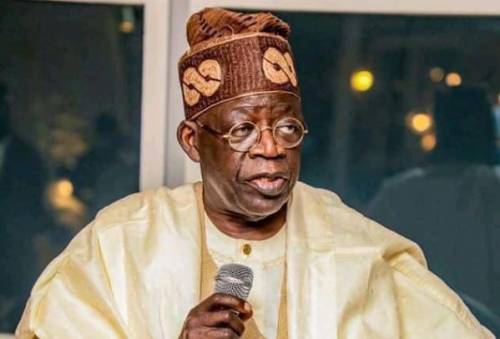 Festus Keyamo, spokesperson of the All Progressives Congress (APC) presidential campaign council, says Bola Tinubu, the party’s flagbearer, does not need to inform Nigerians about his whereabouts.Keyamo spoke on Thursday during a chat with Arise News TV.

Last Sunday, TheCable reported a video shared by Tinubu cycling on a fitness bike.The video came amid concerns over his whereabouts, following his absence at the signing of the peace accord for the 2023 elections.

The video elicited varied reactions as some Nigerians believe that it was published to prove that the APC presidential candidate is hale and hearty. However, the clip and accompanying comments from the APC camp failed to answer the question about the whereabouts of the former Lagos governor.

Posed with the question yet again, Keyamo said although the APC flagbearer is a presidential candidate, he’s not the president and is not required to constantly inform the public of his whereabouts.

He added that information that Tinubu is healthy should be enough and further probe is “mischief.”
My information about our candidate is that he is hale and hearty. That is the information I got this morning. He is out of the country and he will be back in a matter of days. It is as straightforward as that,” the minister said.

“We are not going to live our lives for the opposition and mischief makers. I know there are some genuine concerns and inquiries, but there are also mischief makers. For those who are genuine, I think you should be satisfied when a campaign council spokesperson comes on air and say he (Tinubu) is hale and hearty. If you probe further, then it is mischief.”

Keyamo then added that although he has not spoken with the APC presidential candidate, he had spoken with his son, who confirmed that “daddy is okay”