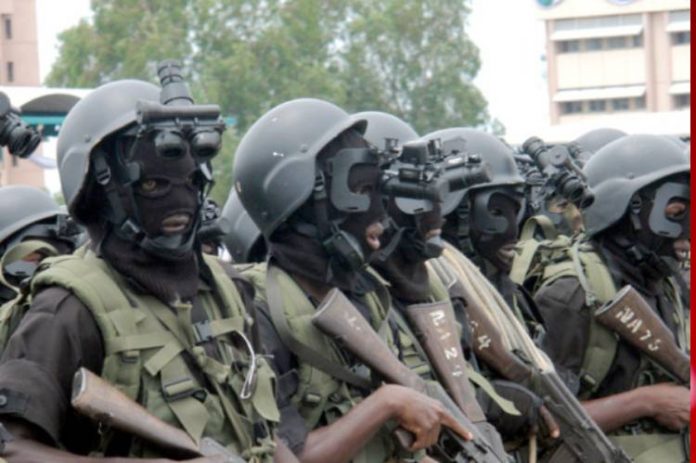 According to TVC News, An eyewitness said the bandits numbering about 10 stormed the community around 8pm on Sunday.

The source who simply identified himself as ‘Terna’ said that leaders in the community had to alert troops of Operation Whirl Stroke on patrol of the area about the invasion of bandits.

Terna said that the suspected armed bandits were seen loitering around the area to attack the entire community before a man and his wife ran into them and they were shot in the process.

“Not long that the troops were alerted, we started hearing gunshots which lasted several minutes, indicating that the bandits engaged the troops in a gun duel.

“In fact, if not for the prompt intervention of the military, something terrible more than this could have happened. 

The military engaged the bandits in a heavy gun dwell and at the end, we saw them with three dead bodies.

“The bandits were armed with sophisticated weapons.

“We sincerely thank the Military personnel for their action and we are appealing for more deployment of security in our area to avert further attacks.”

Commander of OPWS, Major General Adeyemi Yekini, said his patrol team had an encounter with some armed bandits around the Adaka community.

“Our troops are on top of the situation and will do everything possible with other security agencies on the ground to protect the people,” Gen Yekini stated.

The Commander of OPWS, however, referred the TVC News correspondent to the Defence Headquarters Media Operations team for further information on the Adaka incident.