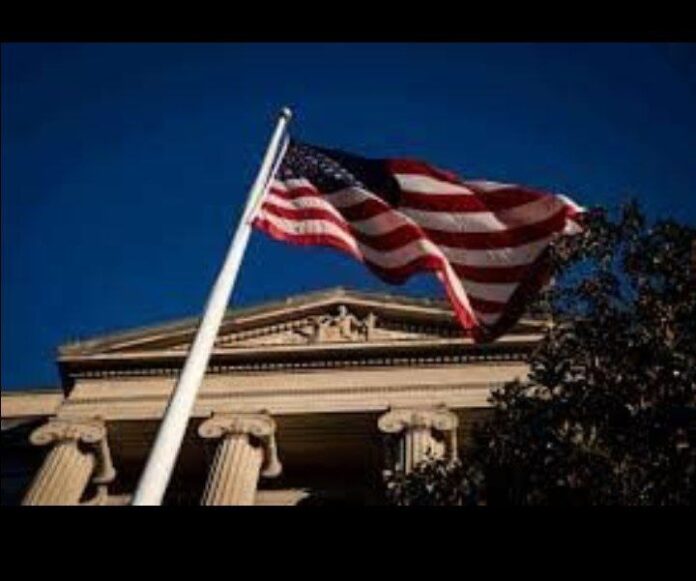 The economy of the United States has technically entered into recession following the fall of its Gross Domestic Product (GDP) to a 0.9% annualized rate as inventories, residential investment subtract from growth after a 1.6% decline in the first three months of the year.

This is coming after a contraction of 1.6% in the first quarter of 2022 and this effectively puts the US into a technical recession by global standards.

The United States Government though is insisting all is well as it pushed back on the idea that the US is in a recession as the midterm elections approach.

“When you are creating almost 400,000 jobs a month, that is not a recession,” said treasury secretary Janet Yellen in an interview on Sunday.
A recent Morning Consult poll had shown that about 65 percent of believed the country was in a recession before the latest GDP numbers were revealed.

Seema Shah, chief strategist at Principal Global Investors, said: “Policymakers will no doubt be tying themselves in knots trying to explain why the US economy is not in recession. However, they make a strong point. While two consecutive quarters of negative growth is technically a recession, other timelier economic data are not consistent with recession. Certainly, with two job openings per unemployed worker and an average 375,000 jobs being added per quarter, the labour market is a picture of strength.

“That is not to say the US economy is not slowing. With excess savings being whittled down, consumers are being more price sensitive and more deliberate with purchases, while companies are facing greater margin pressures.
“Throw in the most aggressive Fed tightening cycle since the 1980s, and a recession in early 2023 is highly likely.”

RELATED POSTS:  BREAKING: Soludo vows to fish out killers of Fatima, her 4 kids

Richard Flynn managing director at Charles Schwab UK added: “Today’s announcement is concerning and reflects weaknesses in the stock market and the outlook for corporate profit margins. The US economy and stock market both struggled in the first half of 2022, as tighter monetary policy, faster inflation and slower growth dented consumer and business confidence.

“The Fed doled out trillions of dollars worth of liquidity during the pandemic, boosting the economy. However, it is now aggressively raising interest rates in a bid to control inflation, meaning that liquidity has dried up. Tightening financial conditions point to a meaningful economic slowdown. Today’s announcement underscores this risk.”