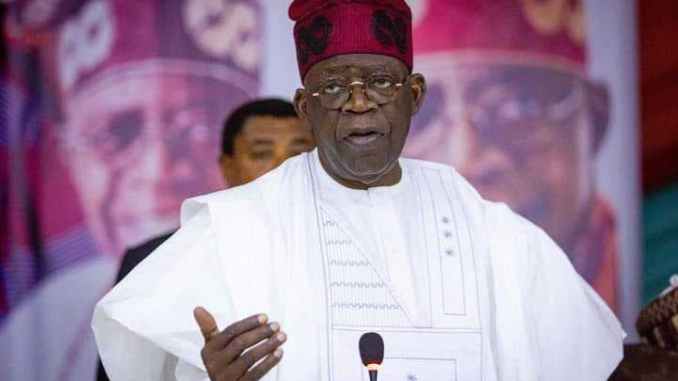 The absence of Bola Tinubu and Atiku Abubakar generated ripples, especially with the former not sending a representative to the event.

The Presidential Campaign Council of the APC has now given three reasons why its Candidate’s were absent at the event.

According to the PCC, Tinubu will not be making selective appearances in some networks while he ignores others, as according to the campaign council, many radio and TV networks in Nigeria have indicated interests to hold such debates.

The PCC noted that the busy and hectic campaign schedules of it’s presidential candidate will prevent from honoring all the invitations from different radio and TV networks, as it would he would not want to honour one TV station and ignore the others.

The PCC also averred that Tinubu has before now realised the importance of directly speaking to Nigerians, noting that this came into cognizance when the former Lagos State Chief Executive had Town Hall meetings with different sectors like the Business Community and other stakeholders in Kano, the Town Hall Meeting and presentation of experts in Lagos among others.

The PCC while thanking the management of Arise TV for the invitation assured Nigerians that it will continue to hold them and the various debate groups in high esteem, positing further that the populace will hear from the APC Presidential Candidate loud and clear through other forums.

On a final note, the APC PCC urges all irs party’s structures and supporters at the grassroots to keep organising town hall meetings with the mandate of educating Nigerians on the action plan of it’s presidential candidate as they believe the grassroots approach will be more profound.

Read the full statement below:

The APC Presidential Candidate in the forthcoming 2023 Presidential Election, ASIWAJU BOLA AHMED TINUBU, did not attend the Presidential Debate organised by ARISE TV on Sunday, November 6, 2022, for the following reasons:

Firstly, many radio and TV networks in Nigeria have indicated interests to host such debates and out of deference to other TV and radio stations, our candidate will not be making selective appearances in some networks, whilst ignoring others. As President of Nigeria, by the Special Grace of God, he intends to treat all persons and businesses fairly and equally.

Secondly, the busy and hectic campaign schedules of Asiwaju Tinubu will not permit him to honour all such invitations by different radio and TV networks, hence our decision for him not to start with one TV station and later ignore others.

Thirdly, our candidate had long before now realised the importance of speaking directly to Nigerians and shortly after unfolding his Action Plan as President embarked on Town Hall meetings beginning with his interaction with the Business Community and other stakeholders in Kano followed by the Town Hall meeting and presentation by experts last week in Lagos. Tomorrow, he will be interacting with Agro and Commodity Groups in Minna, Niger State.

Whilst we thank Arise TV for the invitation, we want to assure Nigerians that we shall continue to hold these debate groups and Nigerians in high esteem. Nigerians will hear from our candidate loud and clear through other forums.

Lastly, out of profound respect for Nigerians, we urge all our party structures and supporters at the grassroots to continue to organise town hall meetings to educate Nigerians on the Action Plan of our candidate as we believe a grassroots-approach to reach Nigerians will also be more profound.