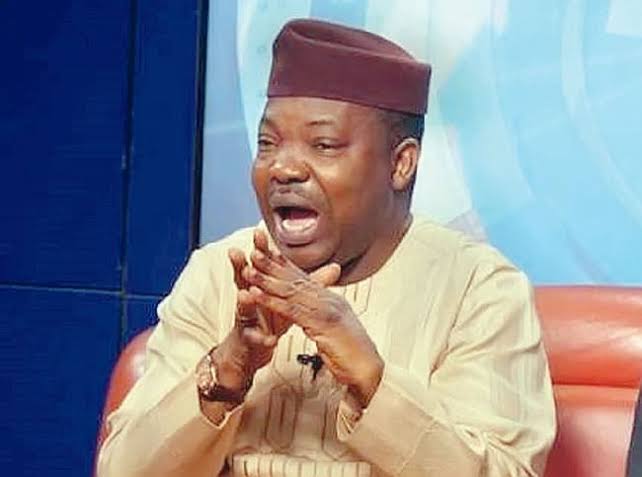 Investigative Journalist and a Co-Founder of The Vent Republic Media, Prince Anthony Ademiluyi has advocated for the immortalization of the ideals of late Afenifere spokesman, Yinka Odumakin, Njenje Media News reports.

In an article posted on THE VENT REPUBLIC and made available to Njenje Media, the renowned columnist chronicled the life and times of Odumakin, his political and activism sojourn, among other things.

Read below his Article:

General Ibrahim Badamosi Babangida charmed the Nigerian public when he ousted the then Major-General Muhammadu Buhari in a palace coup.

Buhari, an adversary of the media detained Nduka Irabor and Tunde Thompson of the Guardian Newspapers under the infamous Decree Four and executed two drug traffickers in a retroactive law despite pleas from the Civil Society to spare their lives. Many Nigerians breathed a huge sigh of relief at his ouster and subsequent three year house arrest. IBB as he was fondly called promised to return the nation to democracy and he went as far as setting up two government backed and funded political parties – the Social Democratic Party and the National Republican Party in his ‘quest’ to return the nation back to democratic rule.

He shot himself in the foot by annulling the nation’s freest and fairest election which threw up the Late Chief Moshood Kashimawo Olawale Abiola as the presumed winner and this led many pro democracy activists to return to the trenches with the formation of the National Democratic Coalition.

Yinka Odumakin, a former Public Relations Officer of the students Union of the Obafemi Awolowo University played a key role in the struggle for the actualization of the June 12 mandate which was freely given to Abiola by a large section of Nigerians.

While many of his human rights activist colleagues fled the country to safeguard their dear lives, he preferred to slug it out from home which saw him go in and out of detention several times. He suffered many indignities and personal deprivation all in his sturdy belief for his dear country to be free from the military locusts whose ruinous activities greatly set the nation aback. The prison became his second home and that was where he met his dear wife, the erudite fellow activist, Dr. Joe Okei-Odumakin who he later married on November 4, 1997 at the prompting of the then nation’s numero uno human rights activist cum lawyer, Chief Gani Fawehinmi SAN.

Democracy returned in 1999 and against the popular trend of the erstwhile activists gunning for elective positions, he chose not to run for any public office but instead stayed in the background and acted as an unofficial adviser to many elected public officials.

He later became the spokesman for the Pan Yoruba Group, Afenifere and used that position to greatly advance the interests of the Yoruba nation. He didn’t suffer fools gladly and was known to criticize even his friends whom he felt betrayed the ideals of the struggle they once commonly shared.

He had a public spat with Asiwaju Bola Ahmed Tinubu whom he accused of falsifying his age and educational credentials despite his earlier support for his gubernatorial bid as revealed by the current Minister for the Interior, Ogbeni Rauf Adesoji Aregbesola who played a key role in Tinubu’s 1999 campaign.

He was the Spokesman of Muhammadu Buhari when he contested for the Presidency in 2011 under the banner of the Congress for Progressive Change (CPC). He was later to fall out with the Daura Born General and was a virulent critic of his administration till he drew his last breath.

He was an advocate for true federalism and restructuring and argued intellectually that many of the nation’s challenges especially that of security and insurgency no thanks to the Boko Haram, Fulani Herdsmen and Banditry menace would be solved if the nation could come together and decide the way forward as opposed to the British colonial construct of 1914 which hardly had the imprimatur of most Nigerians.

He made his views known at the Constitutional Conference or Confab of 2014 where he and his darling wife were delegates during the administration of Goodluck Ebele Jonathan.

He was not a sycophant and spoke the truth to power which earned him many adversaries. He believed strongly in the potentials of the country and blamed the sorry state of affairs on terrible leadership.

Through his biting columns in the Vanguard and Tribune, he kept the political elite on their toes from the inception of the Fourth Republic in 1999. He questioned the alleged conspiratorial silence of Asiwaju Bola Ahmed Tinubu on the issue of the Fulani Herdsmen who were mindlessly slaughtering his people in cold blood in their homeland. He was not a secessionist like some leading Yoruba figures who have been canvassing for the Oduduwa Republic but was resolute in his belief in a restructured State for the emotionally and psychologically battered hoi polloi to be beneficiaries of the dividends of democracy.

A man of peace, he believed in the use of logic and intellectual arguments rather than violence to advocate a cause for the common good. He was a friend of the poor and felt comfortable in their company even though he was far from being a Plebian. He believed that every mortal had a God given talent and it was the duty of the government to create the enabling environment for the gifts of man to blossom. He believed in the use of protests and all forms of civil disobedience to hold the government of the day to account.

Trust the uncaring political elite to shed crocodile tears at the death of a noble man. His arch nemesis, Bola Tinubu paid a condolence visit to his widow and praised him to the High Heavens for his selfless dedication to worthy causes and humanity. The tributes were so many that his overwhelmed widow opined that she wished he were alive to witness the ‘emotional’ outpouring by his friends and foes who were ‘united’ in the sincerity of his struggle for a better nation. So emotionally distraught was the Amazon Joe Okei-Odumakin that she revealed that a part of her had died with the death of her devoted husband.

His burial which will be on the 24th of April shows that indeed life is ephemeral and extremely short and it is wise to be remembered for good deeds. If only our avaricious political class can learn from his demise, there will be no need for the primitive accumulation of wealth that we all will leave behind on earth.

We hope the government of the day can immortalize him by adopting some of his brilliant recommendations for effective nation building so that his ideals can be permanently etched in our hearts.

May God give the fortitude for those he left behind especially his aged parents to bear the irreparable loss and may his admirers be comforted that indeed a good man never really dies!

May his gentle soul rest in peace!

Tony Ademiluyi is a Co Founder of The Vent Republic Media .