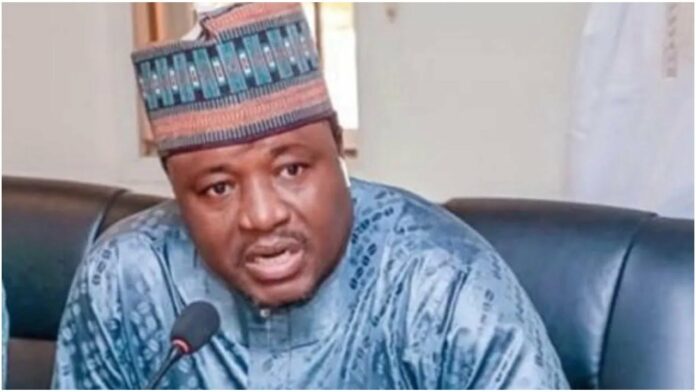 There are indications that the crisis between Governor Nyesom Wike of Rivers State and the Peoples Democratic Party, PDP, flagbearer, Atiku Abubakar will affect the party’s chances of returning to power.

This stand was amplified by the National President of Arewa Youth Consultative Forum, AYCF, Yerima Shettima.

The G-5 governors, now Integrity Group, led by Nyesom Wike of Rivers State had formed an alliance against Atiku following the refusal of the PDP National Chairman, Iyorchia Ayu to step down from the role.

Wike’s initial grievance was due to Atiku’s refusal to make him his running mate, and the latter’s inability to prevail on Ayu to step down as PDP National Chairman.

The integrity group stressed that the PDP can’t have its presidential candidate and National Chairman come from the same zone.

The Wike-led group had launched what they called the integrity group, stressing that they are open to reconciliation with the PDP’s leadership.

A former Governor of Plateau State, Jonah Jang, had hinted that the party would reconcile all conflicting members ahead of the 2023 elections.

Jang said: “We at this meeting have decided to stand on the decisions we took at our last Port Harcourt meeting. We hereby again reiterate that the window for reconciliation in our great party, the PDP remains open.”

Shettima maintained that the crisis would affect Atiku’s chances at the February elections.

He noted that those managing the crisis for Atiku did a bad job; hence the party would suffer during the election.

RELATED POSTS:  Nigeria Under Buhari Is Most Miserable Place To Live On Earth—Prof

Speaking with DAILY POST, Shettima stressed that no amount of reconciliation would save the party from imminent defeat.

According to Shettima: “Well, there is no question on whether it will affect Atiku or not because it has already affected him, even if they are reconciling today, it can’t be like it used to be from the onset.

“Sometimes, leadership has to do with responsibility; no matter how much you underestimate somebody, as long as he can add value to your life, you must at least give him that respect. The managers of the crisis on the part of Atiku need to do more.

“So, whether they reconcile now or not, it has affected him already. Under normal circumstances, if they were on good terms with those five governors, including Wike, the game would not have been the way it is. It would have been obvious and very clear that the battle would be serious, but with the delay in reconciling, some of them have said things that they can’t go back to swallow.

“Even if they reconcile now or not, it’s a bad signal on the part of Atiku and the PDP as a whole. Even if they go back today, the damage has already been done, this could have been averted and avoided if men of wisdom and sincere people had been brought on board to resolve the issue.