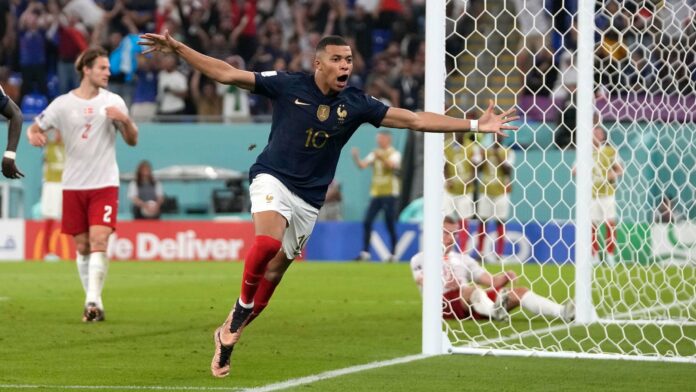 The Paris Saint-Germain forward scored as France beat Poland 3-1 to secure their place in the quarter-finals of the World Cup on Sunday.

Mbappe hit in a long-range effort with a few minutes to the end of the encounter and added his second goal, being France’s third towards the end, this time curling a wonderful effort into the top-right corner.

The brace took his tally to five in the Qatar 2022 World Cup and nine in total during his time at World Cups.

He has now moved ahead of Ronaldo’s haul of eight, having done it in 11 games, nine fewer than the Portuguese superstar

Mbappe is also the first ever Frenchman to score four or more goals at different tournaments, with the forward competing at only his second World Cup.