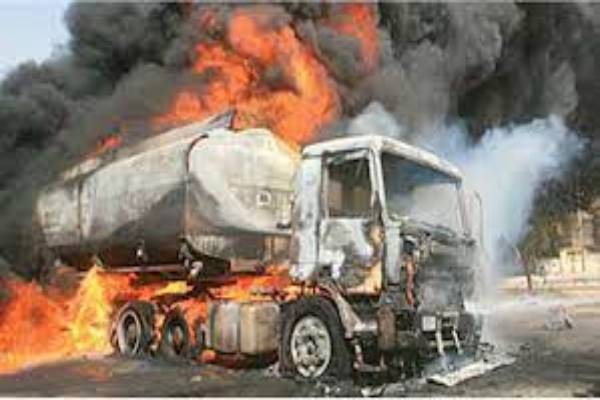 Properties worth millions of naira have been destroyed in an early morning fire incident on Monday in Yola, Adamawa State, Njenje Media News reports.

According to TVC News, a tanker, laden with fuel, exploded after it fell around the popular Maidoki roundabout, near PZ industrial Layout.

The tanker with registration number YLA 23 XM, according to eye witnesses fell while trying to negotiate the roundabout.

Many shops and properties caught fire following the explosion.

Though no lives were lost properties worth millions of Naira were lost to the fire.

Operatives of the federal and state fire services, as well as security personnel who responded to the distress call are still at the scene of the fire battling to put it out while security personnel maintain public order and prevent looting.

The accident has also disrupted vehicular movements with traffic around the area.