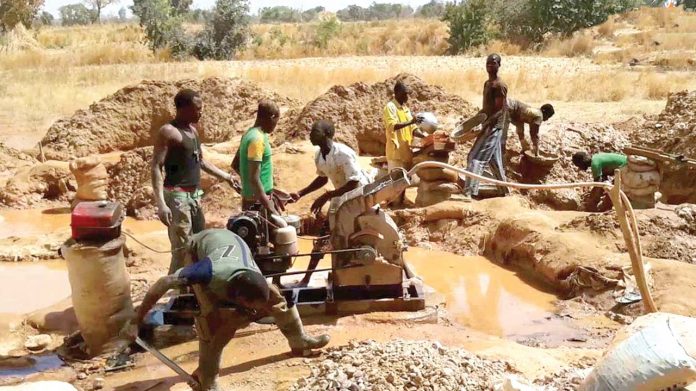 The National President, Miners Association of Nigeria (MAN), Kabir Kankara has said that miners ought not to be linked with bandits.

Kankara while reacting to the recent Federal Government ban on mining activities in Zamfara State, told the News Agency of Nigeria (NAN) on Thursday that tackling insecurity in the state was timely and a welcome development, as it was for the safety of lives and property.

Recall that the Federal Government on Tuesday, announced a complete ban on mining activities in Zamfara State, declaring the State a “no-fly zone” due to the upsurge in banditry.

But, Kankara said, “To the best of my knowledge, our members have no connection with bandits. We are in line with any measure proffered by the Federal Government to forestall insecurity in Zamfara.

” Yes, our mining activities occur in the bush but we do not have links with bandits, we are just victims of circumstance,” he said.

Also, Mr. Dele Ayanleke, National Secretary of MAN, said that miners were not against any measures taken by the Federal Government to forestall insecurity in the country.

Ayanleke advised the government to take steps to ensure that artisan miners do not encroach into sites belonging to mining title holders during the period of the ban.