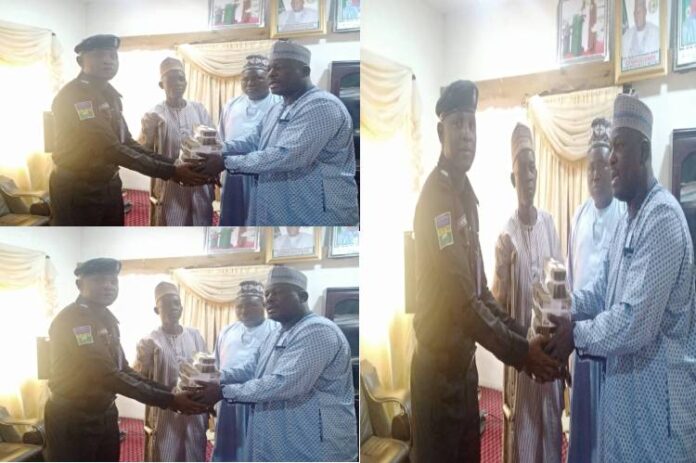 Governor of Zamfara state,  Bello Matawalle has donated the sum of three million naira for medical support to a police officer shot and wounded by Bandits in the state, Njenje Media News reports.

The police officer, Assistant Superintendent of police Sani Maman was shot on the buttocks by bandits along Bindin – Dangulbi road while on special Anti – Robbery Operations five years ago.

According to TVC News, Governor Bello Matawalle who was represented by the commissioner for Security Affairs, Abubakar Dauran while presenting the cash said, his administration is committed to the welfare of security operatives in the state.

He assured of his readiness to giving all the necessary support to officers and men working to keep peace in all nook and crannies of the state.

Responding on behalf of the beneficiary the state commissioner of police Abutu Yaro described the gesture as highly commendable, which will go a long way in boosting the morale of troops in performing their assigned duties with a high degree of enthusiasm and professionalism.

The Commissioner of Police further assured the people of the state that officers and men of the command will continue to put their best in ensuring that the state remains peaceful.

Looted Funds Are Not Welcomed In The UK — UK High...

The Attah of Igala Kingdom is dead