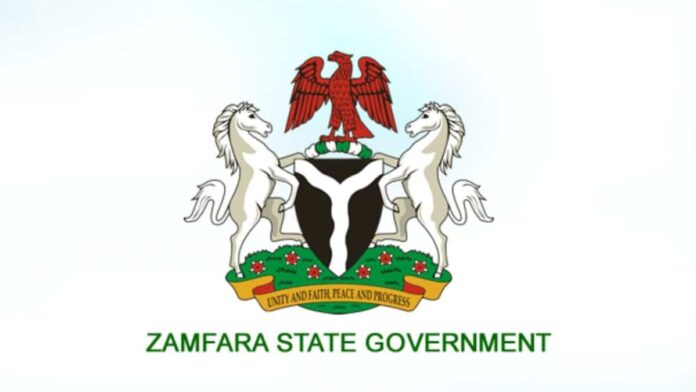 Zamfara State government has swiftly reacted to a claim by the national publicity secretary of the Peoples Democratic Party, (PDP), Mr. Debo Ologunagba that democracy and the 2023 general elections were under attack in Zamfara State, Njenje Media News reports.

In a press statement signed and issued to newsmen in Gusau, the state commissioner of Information, Ibrahim Magaji Dosara, denied the PDP Spokesman’s claim of an ongoing clampdown in the state.

“This is nothing but the usual bunch of lies and baseless accusations of the PDP to cover up its past mismanagement of the resources of this great nation”, the statement said.

“Maybe, the Publicity Secretary is ignorant or has deliberately refused to crosscheck what happened when the PDP flagrantly violated the commissioner of police’s order to PDP leaders in Zamfara State to suspend their campaign rally which they intended to do”

“There have been several warnings about the increase in banditry activities in some Local Government areas like Gummi, Bukkuyum, Anka and some parts of Gusau, Tsafe, Talata Mafara, Maradun and Maru in the state”

The statement noted that the PDP leaders were told to allow security operatives mop up the attacking bandits in the affected communities, for at least one or two weeks. “However, the PDP leaders refused to obey the CP’s order which was to guard against any possibility of infiltration of the rally by the rampaging bandits who may want to retaliate the onslaught of air strikes by security operatives”

“The rally ended up in chaos, as there was mass infiltration of thugs, hoodlums and bandits trooped into the capital city Gusau, which led to the destruction of individuals and public property with loss of life of one person and various degrees of injuries inflicted on over 20 innocent people”

“Furthermore, on the recent rally of the PDP, the National Publicity Secretary should crosscheck to understand what exactly happened”

“The PDP leaders were given permission to welcome home, their governorship candidate (sacked by a Court of competent jurisdiction and prohibited from parading himself as the governorship candidate of the PDP in the 2023 election), and they turned it to be a rally of misguided and hate speeches, destruction of public and APC properties, including its offices and assets”

“The APC followed the provisions of the Nigerian constitution by reporting the matter to the Police for action. Yet, the Publicity Secretary is complaining against the APC-led Zamfara government of Governor Bello Mohammed Matawalle, who has been on his toes to ensure the protection of the lives and property of his people throughout the three and a-half years of his administration, being accused of clampdown of PDP Leaders in the state”

“It is, therefore, shocking that the PDP is accusing the commissioner of Police in Zamfara State of taking sides with the APC to intimidate and harass the PDP leaders in Zamfara State”

“The PDP Spokesman also said, “The All Progressives Congress (APC), being disoriented by increasing popularity of the PDP and our candidates ahead of the 2023 general elections has scaled up its vicious assault and clampdown on PDP candidates and other patriotic Nigerians in an attempt to silence PDP leaders and halt the overwhelming daily acceptance of our Party’s message of hope to Nigerians.”

“What popularity is the National Publicity Secretary talking about, when its National Campaign Train is being booed by masses in almost all the six geo-political zones of the county? If Nigerians are happy and are welcoming the PDP, the National Campaign team wouldn’t have been faced with such harassment by the masses across the length and breadth of this country”

“The protest by the masses is an indication that the PDP is still not supported by Nigerians.

“Therefore, the statements contained in the press conference are laughable and astonishing, especially considering the fact that the opposition PDP lost the 2015 elections due to its inability to tackle insecurity which nearly consumed the nation, is now claiming to be the saviour to restore peace and security and the protection of lives and property of the citizens of Nigeria”

“Maybe, the PDP has forgotten the 16 years of its misrule with the highest level of insecurity and mishap that led to the loss of hundreds of thousands of innocent people, particularly in the Northeastern Nigerian States of Borno, Yobe, Adamawa, Taraba, Bauchi and other Northern Nigerian States”

“It is still fresh in the minds of Nigerians, particularly families of victims of insurgency in the Northern Nigerian divide and among security operatives, the bad days and years of PDP ruler ship”

“Maybe, the opposition has forgotten the 16 years of mayhem it had inflicted on Nigerians, until when the ruling APC came to the rescue of this nation”

“The number one responsibility of government anywhere in the world is the protection of lives and property of its citizens. Zamfara state government will, therefore, not fold its arms to watch people flagrantly violating the rule of law leading to the destruction of public and citizens’ property and lives in the name of rights”

“The Inspector General of Police has been discharging his constitutional responsibilities without fear or favour as he recently directed all Commissioners of Police in the 36 states of Nigeria and the Federal Capital Territory to ensure opposition parties are given equal freedom to conduct peaceful rallies, but also deal decisively with hoodlums and thugs from all the political parties, irrespective of whether they are opposition or ruling parties”

“President Muhammadu Buhari has promised Nigerians credible elections and all security operatives have been directed to ensure compliance and that is what they are doing. Tell your people to conduct themselves within the ambit of the law”

According to the statement, the All Progressives Congress (APC) led administration of Governor Matawalle is not afraid of any political party but determined to ensure the rule of law is complied with in the conduct of rallies”