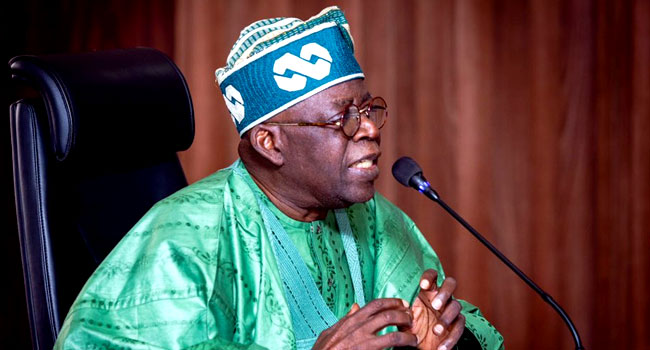 The governing party, the All Progressives Congress (APC) is set to take punitive measures against former Lagos Governor, Bola Tinubu over his statement in Abeokuta recently.

Njenje Media News reports that Tinubu, an APC presidential aspirant had in Abeokuta revealed that it was his efforts that made the President win the presidency in 2015, noting that Buhari had failed thrice and even cried on national TV before he came to the rescue.

The outburst elicited various reactions and the APC leadership has reacted to it.

The party has described his outburst as unacceptable, averring that the apology letter offered by the APC national leader was not enough, saying it may punish the politician for the outburst.

Reacting to Tinubu’s comments, APC Chairman, Abdullahi Adamu stated that the former Lagos governor’s outburst was unbecoming of a leader of his stature, adding that the party found his latest attack on the president insulting.

“We are saddened by what we saw in the video and pray we don’t see such again. I, as Chairman of this party, have a duty to stand by Mr President.

“There was no remorse. What we saw wasn’t an apology. It was just like saying you don’t mean it that way but you just said it,” he stated.

Asked if the APC would punish the national leader, Adamu said a decision had not been taken.
“If there is a need to punish any member of a party, not just Tinubu, we will bring it to the party’s book. But we are watching,” he said.